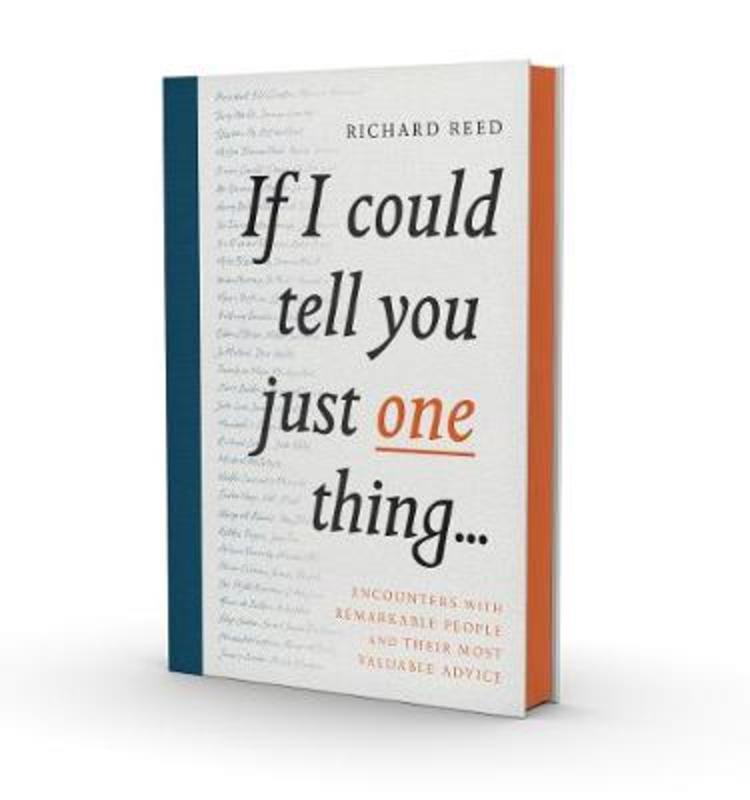 If I Could Tell You Just One Thing...

Encounters with Remarkable People and Their Most Valuable Advice

Richard Reed built Innocent Drinks from a smoothie stall on a street corner to one of the biggest brands in Britain. He credits his success to four brilliant pieces of advice, each given to him just when he needed them most. Ever since, it has been Richard's habit, whenever he meets somebody he admires, to ask them for their best piece of advice. If they could tell him just one thing, what would it be? Richard has collected pearls of wisdom from some of the most remarkable, inspiring and game-changing people in the world - in business, tech, politics, sport, art, spirituality, medicine, film, and design.

From Richard Branson to Andy Murray, from the president of Google to President Clinton, and from Richard Curtis to Annie Lennox, Richard has picked some of the world's most interesting brains to give you a lesson in how to live, how to create and how to succeed.