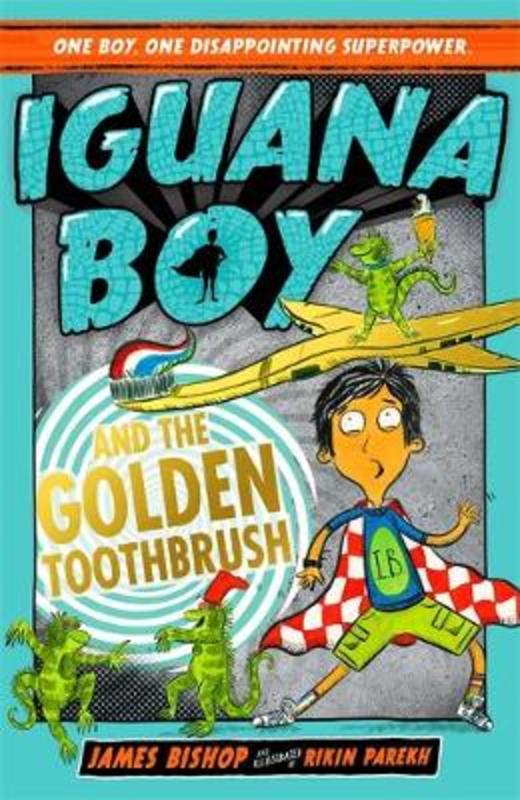 Iguana Boy and the Golden Toothbrush

One Boy. One Disappointing Superpower. Can Dylan prove his worth, or will he be saving cats from tress FOREVER?

Dylan, AKA Iguana Boy, is determined to keep his identity under wraps - but when he overhears someone talking about Iguana Boy being the WORST superhero EVER, he is determined more than ever to prove his worth.

Back at SuperHero HQ Dylan and his lively iguanas are set to work on more CITD missions (saving cats from trees). Luckily, it just so happens that the trees are situated next to prime spots for criminal activity.

But it's not easy trying to succeed on ridiculously hard missions like chasing-down a five year-old who keeps farting on members of the public. But then Dylan's luck starts to change - who exactly is helping Dylan and his iguana pals? It's time for Iguana Boy to unmask ... The Invisible Hero!