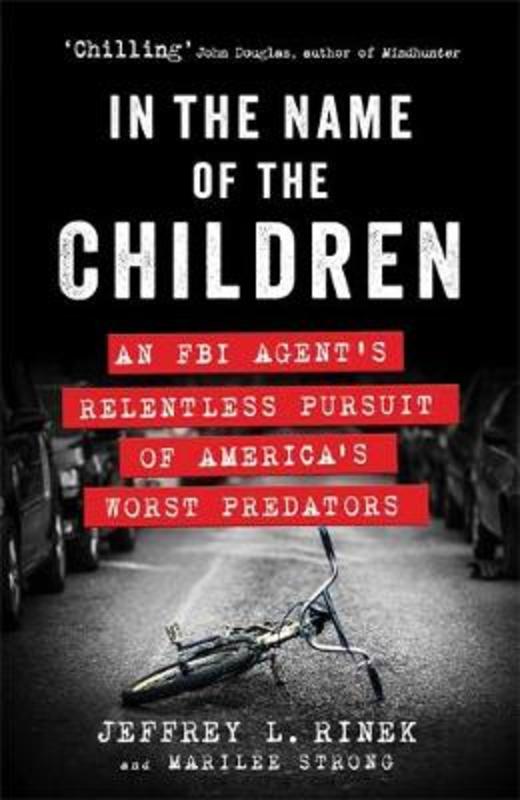 In the Name of the Children

FBI Special Agent Jeff Rinek had a gift for getting child predators to confess. All he had to do was share a piece of his soul . . .

IN THE NAME OF CHILDREN gives an unflinching look at what it's like to fight a never-ending battle against an enemy far more insidious than terrorists: the predators, lurking amongst us, who seek to harm our children.

During his 30-year career with the FBI, Jeff Rinek worked hundreds of investigations involving crimes against children: from stranger abduction to serial homicide to ritualized sexual abuse. Those who do this kind of work are required to plumb the depths of human depravity, to see things no one should ever have to see - and once seen can never forget. There is no more important - or more brutal - job in law enforcement, and few have been more successful than Rinek at solving these sort of cases.

Most famously, Rinek got Cary Stayner to confess to all four of the killings known as the Yosemite Park Murders, an accomplishment made more extraordinary by the fact that the FBI nearly pinned the crimes on the wrong suspects. Rinek's recounting of the confession and what he learned about Stayner provides perhaps the most revelatory look ever inside the psyche of a serial killer and a privileged glimpse into the art of interrogation.

IN THE NAME OF CHILDREN takes readers into the trenches of real-time investigations where every second counts and any wrong decision or overlooked fact can have tragic repercussions. Rinek offers an insider's perspective of the actual case agents and street detectives who are the boots on the ground in this war at home. By placing us inside the heart and mind of a rigorously honest and remarkably self-reflective investigator, we will see with our own eyes what it takes-and what it costs - to try to keep our children safe and to bring to justice those who prey on society's most vulnerable victims.

With each chapter dedicated to a real case he worked, IN THE NAME OF CHILDREN also explores the evolution of Rinek as a Special Agent - whose unorthodox, empathy-based approach to interviewing suspects made him extraordinarily successful in obtaining confessions - and the toll it took to have such intimate contact with child molesters and murderers. Beyond exploring the devastating impact of these unthinkable crimes on the victims and their families, this book offers an unprecedented look at how investigators and their loved ones cope while living in the spectre of so much suffering.