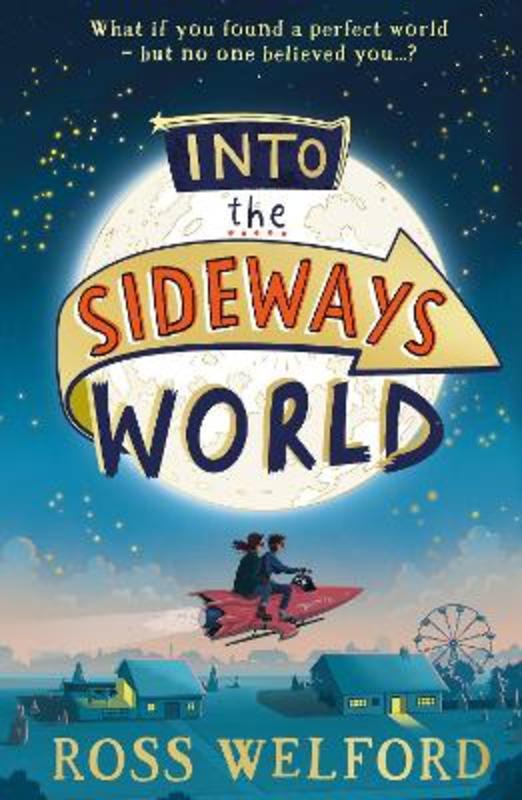 Into the Sideways World

The moving, funny, thrilling and adventured-filled new novel for readers of 10 and up from bestselling author Ross Welford.
When twelve-year-olds Willa and Manny hear of a mysterious animal prowling their town, they are determined to prove it is real. Following the creature into a cave one full moon, they are swept into an alternate, ideal, world - one where pollution and conflict have been conquered decades ago and even their own families seem happier.

But when they return, no one believes them. So, with a global war looming in their own world, their quest for proof of the Sideways World becomes ever-more urgent, in a nail-biting race against time.

And Willa and Manny will have to make an impossible decision: because once you find a perfect world, can you ever leave it behind . . .?