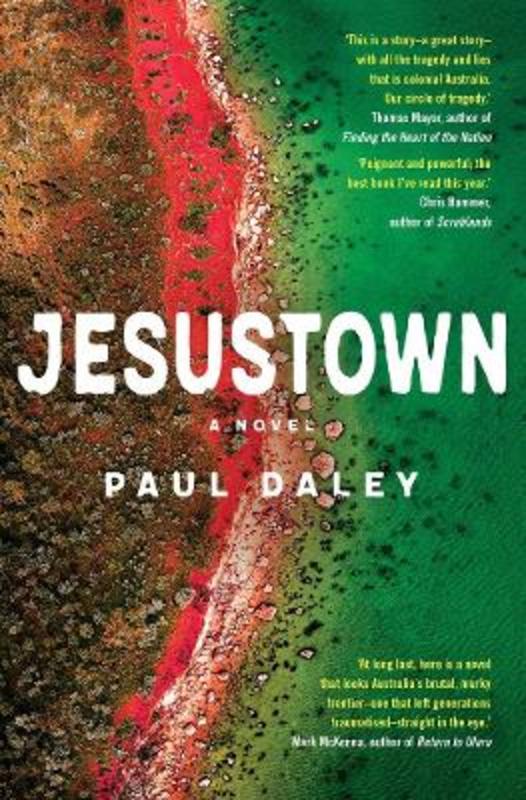 'This is a story-a great story-with all the tragedy and lies that is colonial Australia. Our circle of tragedy.' Thomas Mayor, author of Finding the Heart of the Nation

'A challenging statement about the mythology of Australian colonial history. It confronts the hard questions with intense sensitivity and a smattering of humour.' Professor Brownyn Carlson, Department of Indigenous Studies, Macquarie University

'At long last, here is a novel that looks Australia's brutal, murky frontier-one that left generations traumatised-straight in the eye.' Mark McKenna, author of Return to Uluru

Morally bereft popular historian Patrick Renmark flees London in disgrace after the accidental death of his infant son. With one card left to play, he reluctantly takes a commission to write the biography of his legendary pioneering adventurer-anthropologist grandfather.

With no enthusiasm and even less integrity, Patrick travels to Jesustown, the former mission town in remote Australia where his grandfather infamously brokered 'peace' between the Indigenous custodians of the area and the white constabulary. He hasn't been back there since he was a teenager when a terrible confrontation with his grandfather made him vow never to return.

Of course nothing is as it seems or as Patrick wants it to be. Unable to lay his own son to rest, Patrick must re-examine the legacy of his renowned grandfather and face the repercussions of his actions on subsequent generations. Will what he finds bring him redemption or add to the vault of family secrets and terrible guilt he keeps uncovering?

From award-winning journalist Paul Daley comes a gripping multi-generational saga about Australian frontier violence and cultural theft, and the myths that stand between us and history's unpalatable truths.

'An unflinching examination of the truths white Australia refuses to acknowledge.' Jock Serong, author of Preservation

'A searing dissection of the arrogance of white history and generations of moral failure.' Michael Brissenden, author of Dead Letters

'Asks challenging-and important-questions about the stories families tell themselves, and about the myths, lies and half-truths that form the core of Australia's "official history".' Nigel Featherstone, author of Bodies of Men

'Jesustown is nothing less than the story of Australia, but with the distance between its "story-ist" myths and harsh and human reality laid bare. A brilliant novel.' David Whish-Wilson, author of True West