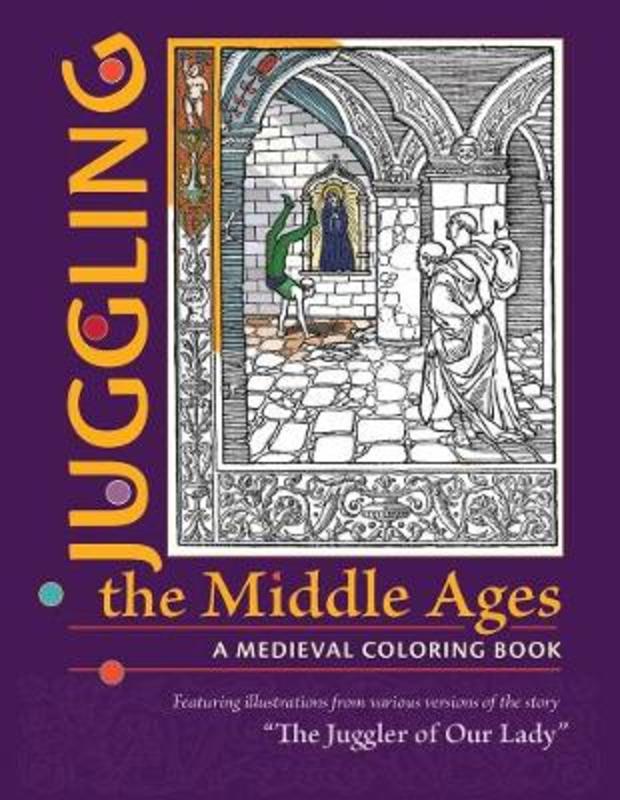 Once upon a time, there lived in France a humble juggler, Barnaby by name, who was skillful but suffered every winter from poverty. A devotee of the Virgin, he had few failings apart from enjoying drink a little too much. One day he met a monk, who persuaded him to enter a monastery. There he felt miserable at his inability to show his devotion to the Virgin Mary as the other monks did. Then an idea came to him: he would perform before the Madonna! The monks caught him and were outraged or thought he was mad, but soon they saw the Virgin descend from the altar to soothe him. He may be simple, but his heartfelt offering of talent was appreciated. The moral? We do not need to be maestros or to have much money and master's degrees. We all have something to give.

This simple story has medieval beginnings-a lovely poem often known as "Our Lady's Tumbler" that dates to the 1230s. Many writers and artists have been inspired by it, and the line art in this coloring book was thoughtfully chosen and carefully prepared from books published a century or so ago. Enjoy the beauty of these illustrations as you add your own colors to the story!