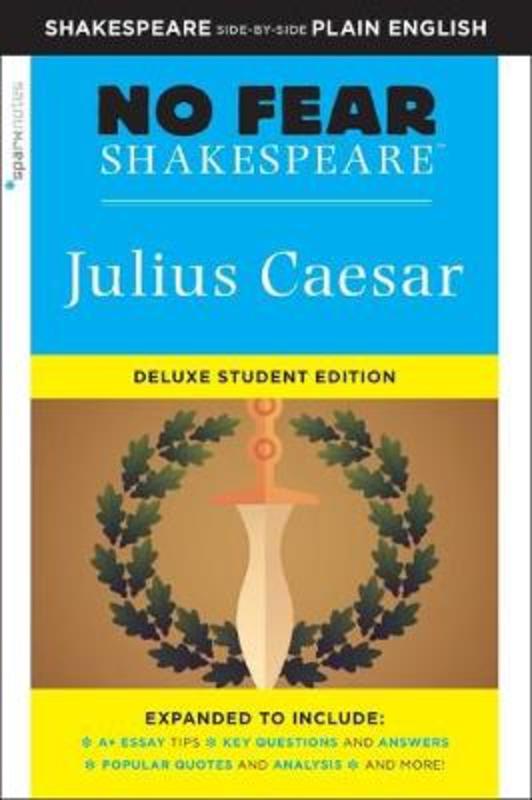 Shakespeare everyone can understand - now in this new EXPANDED edition of JULIUS CAESAR!
Why fear Shakespeare? By placing the words of the original play next to line-by-line translations in plain English, this popular guide makes Shakespeare accessible to everyone. And now it features expanded literature guide sections that help students study smarter.
The expanded sections include:
Five Key Questions: Five frequently asked questions about major moments and characters in the play.
What Does the Ending Mean?: Is the ending sad, celebratory, ironic . . . or ambivalent?
Plot Analysis: What is the play about? How is the story told, and what are the main themes? Why do the characters behave as they do?
Study Questions: Questions that guide students as they study for a test or write a paper.
Quotes by Theme: Quotes organised by Shakespeare's main themes, such as love, death, tyranny, honor, and fate.
Quotes by Character: Quotes organised by the play's main characters, along with interpretations of their meaning.