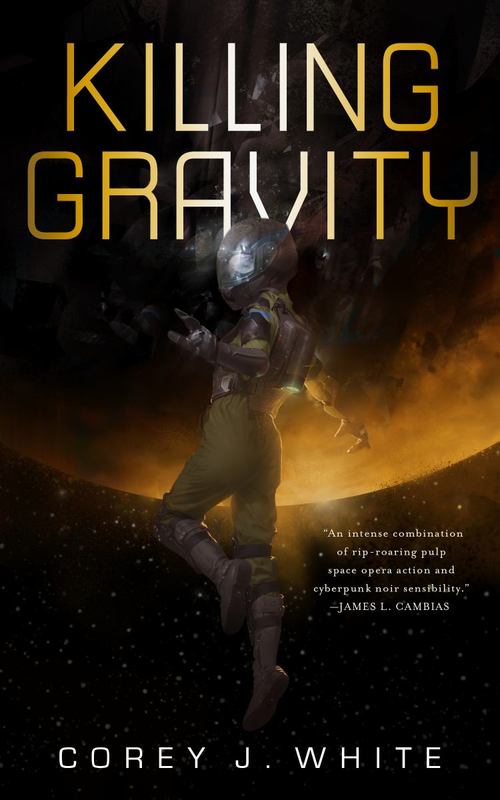 Corey J. White begins the Voidwitch Saga with his space opera novella debut Killing Gravity, a butt-kicking, mind-expanding series that will delight fans of Firefly and Kameron Hurley's God's War. The main character is Mariam "Mars" Xi, a psychic supersoldier fleeing from an organization that terrorizes the galaxy.

Before she escaped in a bloody coup, MEPHISTO transformed Mariam Xi into a deadly voidwitch. Their training left her with terrifying capabilities, a fierce sense of independence, a deficit of trust, and an experimental pet named Seven. She's spent her life on the run, but the boogeymen from her past are catching up with her. An encounter with a bounty hunter has left her hanging helpless in a dying spaceship, dependent on the mercy of strangers.

Penned in on all sides, Mariam chases rumors to find the one who sold her out. To discover the truth and defeat her pursuers, she'll have to stare into the abyss and find the secrets of her past, her future, and her terrifying potential.