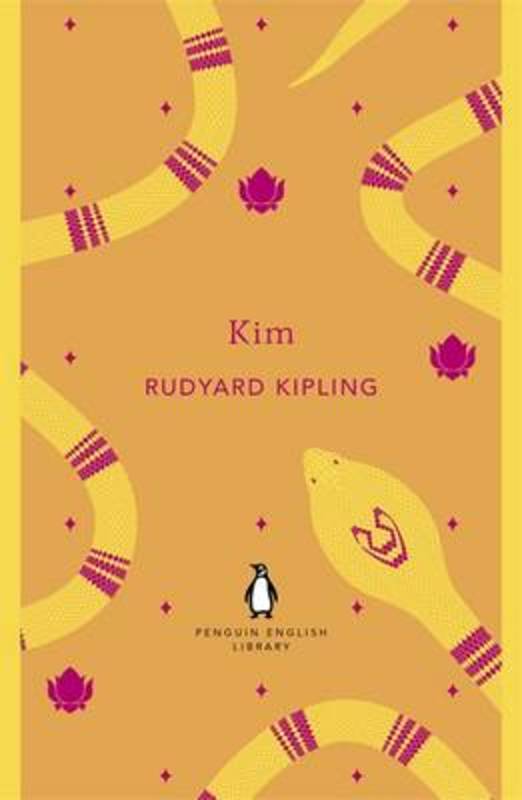 A vivid, beguiling coming of age story chronicling the quest of an adolescent boy and an old ascetic priest, Kim is Kipling's masterpiece.

The Penguin English Library Edition of Kim by Rudyard Kipling

'He knew the wonderful walled city of Lahore from the Delhi Gate to the outer Fort Ditch; was hand in glove with men who led lives stranger than anything Haroun al Raschid dreamed of; and he lived in a life wild as that of the Arabian Nights ...'
Kipling's epic rendition of the imperial experience in India is also his greatest long work. Two men - Kim, a boy growing into early manhood, and the lama, an old ascetic priest - are fired by a quest. Kim is white, although born in India. While he wants to play the Great Game of imperialism, he is also spiritually bound to the lama and he tries to reconcile these opposing strands. A celebration of their friendship in an often hostile environment, Kim captures the opulence of India's exotic landscape, overlaid by the uneasy presence of the British Raj.
The Penguin English Library - 100 editions of the best fiction in English, from the eighteenth century and the very first novels to the beginning of the First World War.