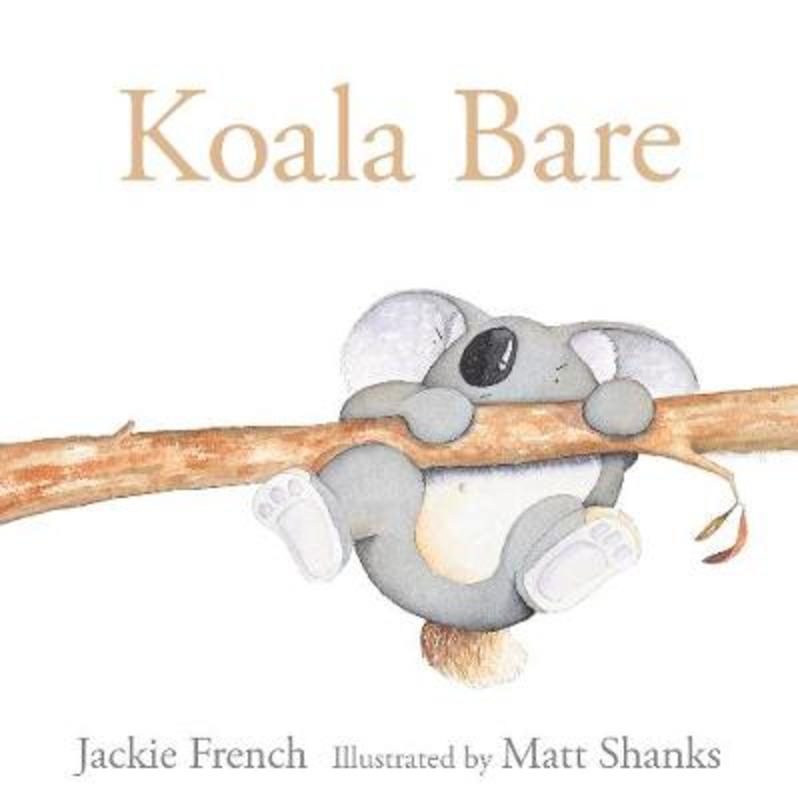 And that never, ever, ever can a koala be called a bear ...

From the internationally renowned author of the bestselling Diary of a Wombat comes a hilariously funny picture book that Jackie French has created with talented new illustrator Matt Shanks.

'The rhyming text appears so deceptively simple and effortless that it reads like an absolute treat. This book is beautifully illustrated by upcoming illustrator Matt Shanks, who creates gorgeous watercolour paintings to accompany the whimsical text. - 100percentrock.com

'A wonderfully funny look at several important things: the difference between the words bare and bear, the fact that the koala is not a bear and as the reader reads on they will learn some of the attributes of bears. But the main focus is the fun, the wit of French's rhyming stanzas, the prediction of the rhyming word at the end of each phrase, the use of words like posterior, the attempts by the koala to get readers to see him as he is.' - ReadPlus