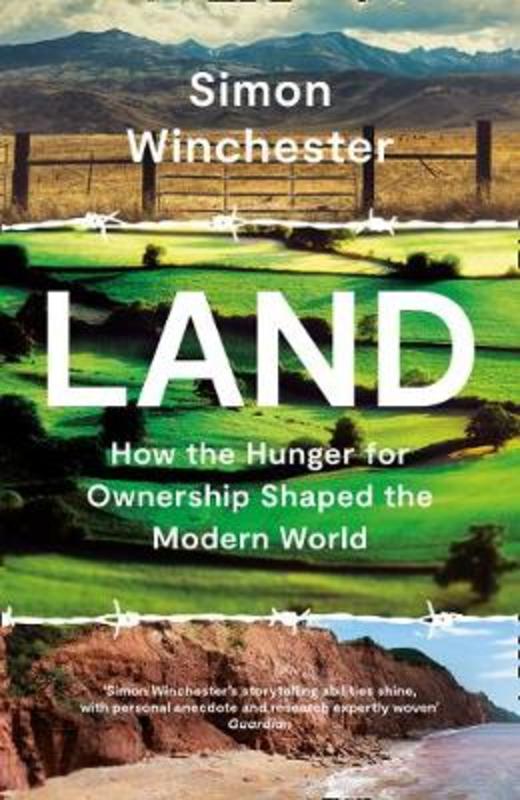 How the Hunger for Ownership Shaped the Modern World

From the bestselling author Simon Winchester, a human history of land around the world: who mapped it, owned it, stole it, cared for it, fought for it and gave it back.

In 1889, thousands of hopeful people raced southward from the Kansas state line and westward from the Arkansas boundary to stake claims on the thousands of acres of unclaimed pastures and meadows. Across the twentieth century, water was dammed and drained in Holland so that a new province, Flevoland, rose up, unchartered and requiring new thinking. In 1850, California legislated the theft of land from Native Americans. An apology came in 2019 from the governor, but what of the call for reparations or return? What of government confiscation of land in India, or questions of fairness when it comes to New Zealand's Maori population and the legacy of settlers?

The ownership of land has always been complicated, opaque, and more than a little anarchic when viewed from the outside. In this book, Simon Winchester explores the the stewardship of land, the ways it is delineated and changes hands, the great disputes, and the questions of restoration - particularly in the light of climate change and colonialist reparation.

A global study, this is an exquisite exploration of what the ownership of land might really mean - not in dry-as-dust legal terms, but for the people who live on it.