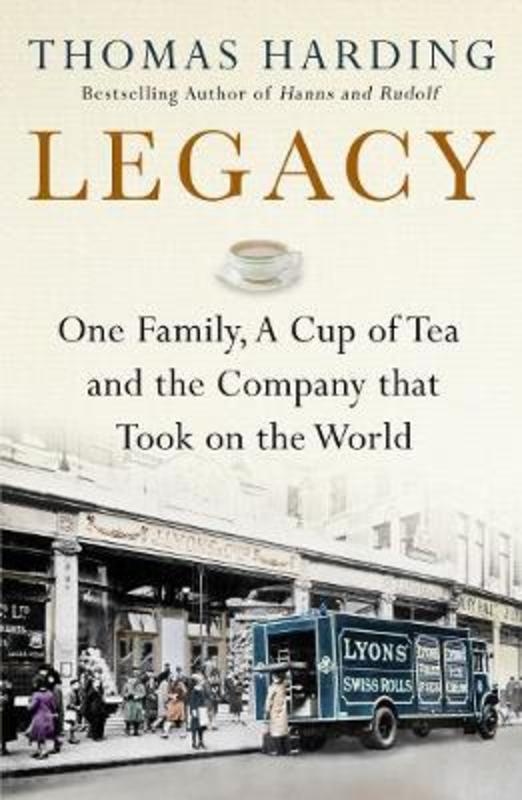 One Family, a Cup of Tea and the Company that Took On the World

A panoramic new history of modern Britain, as told through the story of one extraordinary family, and one groundbreaking company.

In the early 1800s, Lehmann Gluckstein and his family escaped the pogroms of Eastern Europe and made their way to Whitechapel in London's East End. There, starting with nothing, they worked tirelessly to pull themselves out of poverty, creating a small tobacco factory that grew to become the largest catering company in the world- J. Lyons.

For over a century, Lyons was on every high street, in every home, in every coffee and teacup. It was an ascent from rags to riches in the face of many obstacles- poverty, hatred and anti-Semitism stood between this poor immigrant family and the British Dream.

Legacy charts the rise and fall of one of the most influential dynasties in British history through the lives of five astonishing generations; both sweeping and intimate, it is a story of sacrifice and selflessness, betrayal and personal tragedy, and Empire and its cost. It is also an illuminating new exploration of Britain and its place in the world, from the bestselling author of Hanns and Rudolf and The House by the Lake.