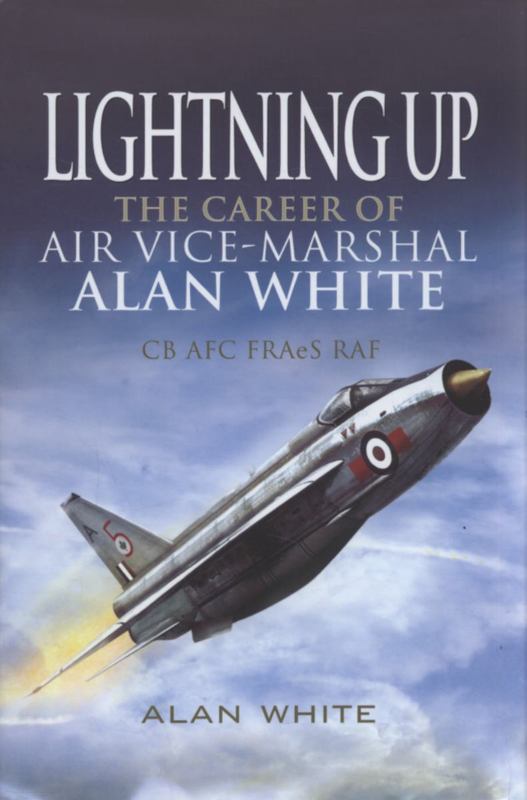 Alan White served in the RAF from 1953 to 1987 - roughly the period of the Cold War. His introduction to flying came in his University Air Squadron. This seduced him into dropping out of University and joining the RAF. He initially had success during the piston-engine stages of his training but damage to a Vampire T11 and a bad start on the Hunter Weaponry Course set his confidence back until he recovered during service with his first Hunter Squadron. The infamous Duncan Sandys' cuts of 1957 caused the closure of his squadron and he found himself towing air-to-air gunnery targets, but luckily he was then moved to instruct on the Hunter Operational Conversion Unit where he developed his solo aerobatic display skills. He was then posted to take Hunters to Singapore and form a Squadron. He became involved with the SEATO response to assist the Thai government's request against communist insurgents from Laos and spent five months at Chiang Mai camping in a paddy field. After attending Staff College he was posted to Aden at a time of growing terrorist activity. He worked with the C-in-C, Admiral Sir Michael Le Fanu.
Upon his return to the UK he trained to fly the supersonic Lightning fighter and eventually was promoted to lead a squadron. There followed a period of rapid promotion and he became Station Commander at RAF Leuchars. His later appointments as Air Commodore included Director of Operations (Air Defence), Senior Staff Officer HQ 11 Group, Air Commodore Plans at HQ Strike Command (where he assisted in the Falklands conflict) until he was promoted to his final rank and appointed Deputy Commander RAF Germany and then finally he became Commandant, RAF Staff College. His account is full of interesting flying detail and the internal workings of the RAF during those dangerous Cold War days.