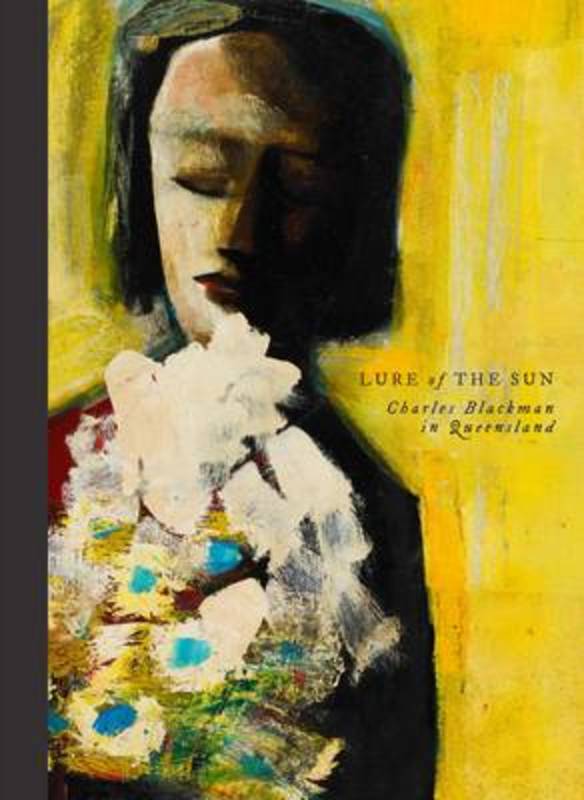 Lure of the Sun: Charles Blackman in Queensland

Charles Blackman (1928-) is a major mid-twentieth-century artist who has had an important link with Queensland since his first visit to Brisbane in 1948. Here, he was influenced by Sidney Nolan and became acquainted with the young artists of the Miya Studio, especially Laurence Hope. Several of his important series - 'Alice', 'Face and flowers' and 'Schoolgirls' - were inspired by this context. He also had a significant working relationship with the expressionist painter Jon Molvig, who was working in Brisbane from 1953. This exhibition and publication explores the connections between these artists in Brisbane at that time.
Richly illustrated, the publication features three essays; Michael Hawker (Associate Curator, Australian Art, QAGOMA) explores Blackman's years in Queensland, focusing on the artist's creative friendships with painters and poets; Michele Helmrich (Associate Director, Curatorial, University of Queensland Art Museum) discusses Blackman's connection with the young artists of the Brisbane-based Miya Studio and the Barjai writers; and Anne Carter (Conservator, Paintings, QAGOMA) reveals the findings of recent research into Blackman's materials and techniques, specifically the artist's experimentation with house paints.