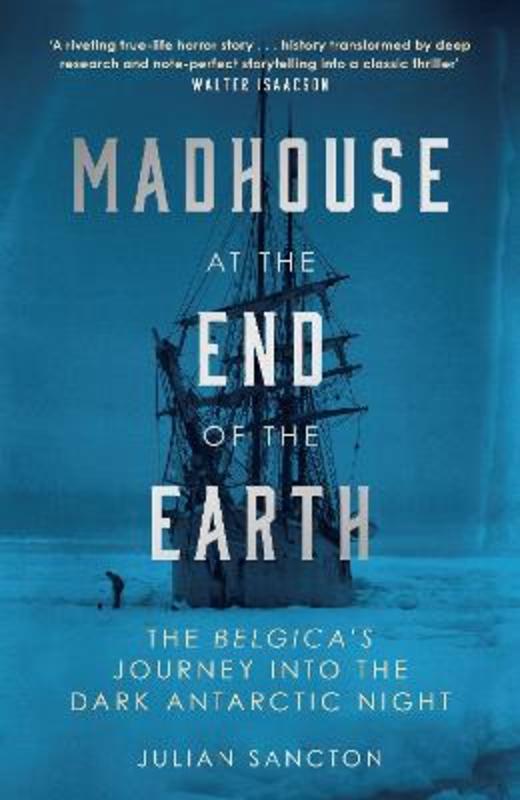 Madhouse at the End of the Earth

The Belgica's Journey into the Dark Antarctic Night

The harrowing, survival story of an early polar expedition that went terribly wrong, with the ship frozen in ice and the crew trapped inside for the entire sunless, Antarctic winter

August 1897- The Belgica set sail, eager to become the first scientific expedition to reach the white wilderness of the South Pole. But the ship soon became stuck fast in the ice of the Bellinghausen sea, condemning the ship's crew to overwintering in Antarctica and months of endless polar night. In the darkness, plagued by a mysterious illness, their minds ravaged by the sound of dozens of rats teeming in the hold, they descended into madness.

In this epic tale, Julian Sancton unfolds a story of adventure gone horribly awry. As the crew teetered on the brink, the Captain increasingly relied on two young officers whose friendship had blossomed in captivity - Dr. Frederick Cook, the wild American whose later infamy would overshadow his brilliance on the Belgica; and the ship's first mate, soon-to-be legendary Roald Amundsen, who later raced Captain Scott to the South Pole. Together, Cook and Amundsen would plan a last-ditch, desperate escape from the ice-one that would either etch their names into history or doom them to a terrible fate in the frozen ocean.

Drawing on first-hand crew diaries and journals, and exclusive access to the ship's logbook, the result is equal parts maritime thriller and gothic horror. This is an unforgettable journey into the deep.