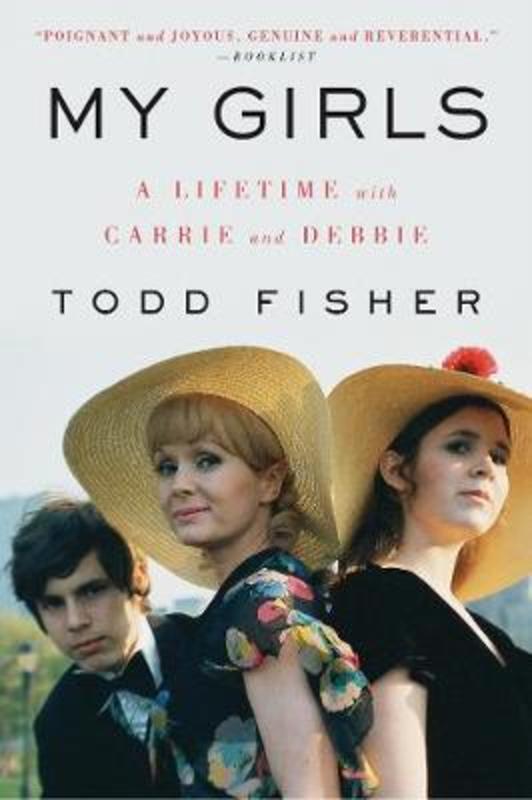 A Lifetime with Carrie and Debbie

In December 2016, the world was shaken by the sudden deaths of Carrie Fisher and her mother, Debbie Reynolds, two unspeakable losses that occurred in less than twenty-four hours of each other. In the aftermath, the stunned public sought solace from Debbie's only remaining child, Todd Fisher, who somehow managed to retain his grace and composure as he confronted his own overwhelming grief.

Now, in this poignant, lively, and uplifting book, Todd pays homage to these two unsinkable women who shaped him, celebrating their outspoken legacies with a candid yet uproarious glimpse at life in their one-of-a-kind family. The children of "America's Sweethearts" Debbie Reynolds and Eddie Fisher, Carrie and Todd grew up amid the glamorous wealth and pretense of Hollywood, and here he shares stories from that incredible childhood-from dazzling parties to the MGM back lot-as he and Carrie learned to navigate life against the backdrop of Debbie's remarkable career. Detailing how this precocious youth and life with Debbie, a tender, hardworking career woman, set the stage for Carrie's own budding career and meteoric ascent in Star Wars, Todd sheds new light on Carrie's uneasy connection to fame and life as Debbie Reynolds's daughter.

Despite the success that surrounded all three of them, their lives were not without challenges, and Todd does not shy away from the family's most difficult moments. Speaking openly about Carrie's struggles with substance abuse and bipolar disorder as well as Debbie's lifelong difficulties with men, he provides an honest look at some of their most challenging times together, illustrating the depth of the bonds that connected the three of them, even as they were tested time and time again. He also examines the unfailing bravery that Carrie and Debbie each displayed as they dealt with their demons, demonstrating how through it all, no amount of darkness ever diminished their humor, talent, or spirit.

Equal parts love letter and family portrait, the end result is a deeply felt journey through love, laughter, and life with Carrie and Debbie. With thirty-two pages of never-before-seen photos and memorabilia from his family's private archives, My Girls is a moving account of two extraordinary women whose connection to each other proved so powerful not even death could separate them for long.