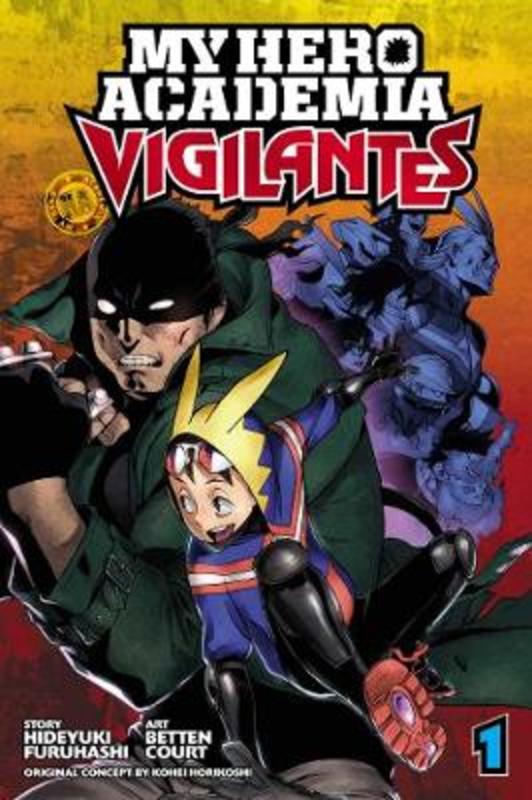 Hideyuki Furuhashi, Kohei Horikoshi (From an idea by), Court Betten (Illustrated by)

In the world of My Hero Academia, not everyone needs a license to fight for justice!

In a superpowered society, there is nothing ordinary about evil anymore. Heroes, trained and licensed to protect and defend the public against supervillains, stand above all the rest. Not everyone can be a hero, however, and there are those who would use their powers to serve the people without legal sanction. But do they fight for justice in the shadows, or for reasons known only to themselves? Whatever they fight for, they are called...vigilantes.

Koichi Haimawari couldn't make the cut to become an official hero, so he uses his modest Quirk to do good deeds in his spare time. Then one day a fateful encounter with some local thugs leads him to team up with two other unlikely heroes. None of them really know what they're doing, but they've got the courage-or foolishness-to try. But they soon discover fighting evil takes more than just being brave...