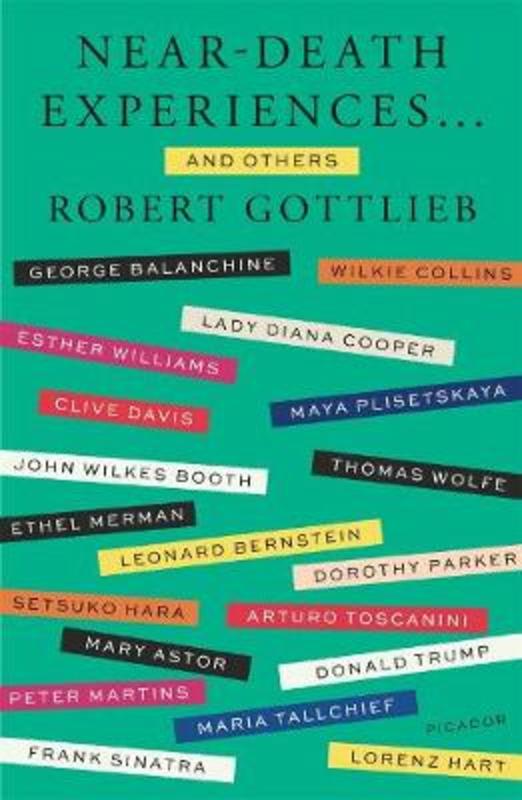 Near-Death Experiences . . . and Others

The writings compiled here are as various as they are provocative: an extended probe into the world of post-death experiences; a sharp look at the biopics of transcendent figures such as Shakespeare, Moliere, and Austen; a soap opera-ish movie account of an alleged affair between Chanel and Stravinsky; and a copious sampling of the dance reviews he's been writing for The New York Observer for close to twenty years. A worthy successor to his expansive 2011 collection, Lives and Letters, and his admired 2016 memoir, Avid Reader, Near-Death Experiences displays the same insight and intellectual curiosity that have made Gottlieb, in the words of The New York Times's Dwight Garner, "the most acclaimed editor of the second half of the twentieth century."