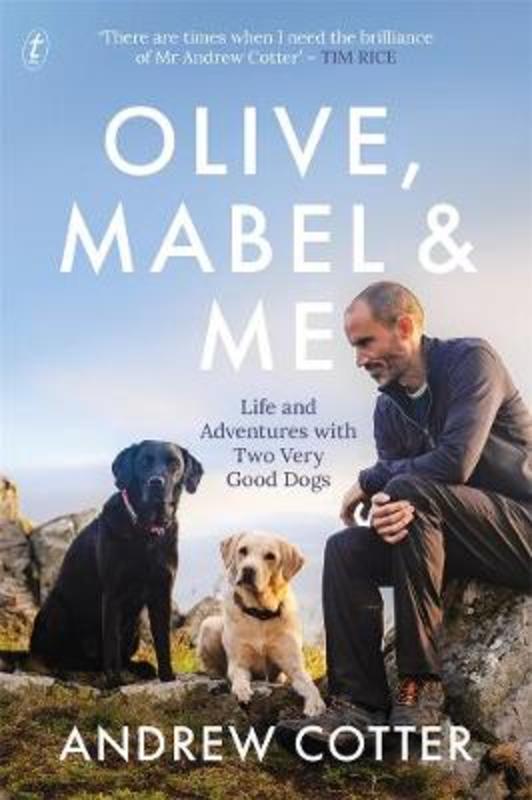 Olive, Mabel and Me

'My name is Andrew Cotter and once upon a time I was a sports broadcaster. In Olive, Mabel and Me I try to explain how it can be that after a career commentating on Olympic Games, World Cups and Wimbledon finals, I am now far better known for describing the daily lives of my Labradors, Olive and Mabel. Or perhaps even the march of the Fairy Penguins of Phillip Island in Australia - a country that has become a second home each northern winter. It is a story of viral videos and millions upon millions of views worldwide. Above all it is about Olive and Mabel - the adventures we have had together and my love for them in the very strangest of times, when all of us seemed to need the companionship of our dogs more than ever.'

Andrew Cotter is one of the world's best-known sports broadcasters. But when international golf, tennis and rugby were all cancelled and the world went into lockdown, he found himself at a loose end. That's when he decided to apply his brilliant commentating skills to some epic contests between his two Labradors, Olive and Mabel.

The result was an internet sensation. The series of videos-including Game of Bones-has been viewed nearly 40 million times on social media, and the videos have resonated with dog owners and sports fans everywhere. In lockdown, Andrew even found himself providing commentary for the nightly march of the fairy penguins on Phillip Island in Victoria, a video that has also been viewed millions of times.

In his book Olive, Mabel and Me, Andrew gives us a commentary of a different kind as he tells the heartwarming story of life with his dogs. This is the complete account of their rise to internet stardom, and how walking and climbing in the mountains helps them all find peace, joy and happiness away from the hectic world of the media.

Beautifully written, touching and funny, Olive, Mabel and Me is, above all, a book about the love we have for our dogs, especially in these strange and difficult times of social isolation. It is a treat for dog lovers everywhere.