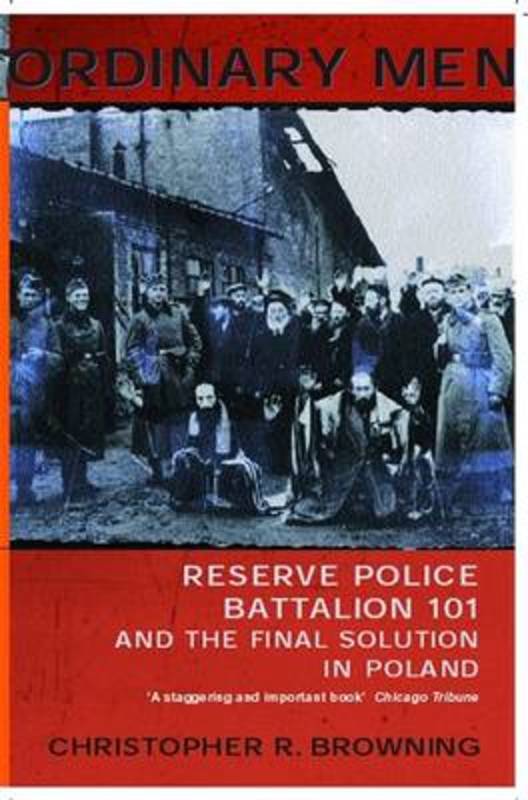 Reserve Police Battalion 11 and the Final Solution in Poland

In 1942 a unit of ordinary, middle-aged, German reserve policemen were ordered to liquidate a Jewish village. Most of them had never fired a shot at a human being before, yet they killed with little hesitation and eventually went on to slaughter tens of thousands in cold blood. How could this transformation have taken place?Christopher R. Browning's shocking study of how Reserve Police Battalion 101 became mass murderers has already achieved classic status all over the world. By examining the policemen's frank personal testimonies from their post-war interrogations, he builds up a startling study of human evil in the Holocaust. He does not present us with psychotic sadists, and, in his powerful response to Daniel Goldhagen's Hitler's Willing Executioners, also refutes the idea of a pervasive anti-Semitism unique to German culture. Instead, the result is a far more disturbing view of humanity - one which also has powerful implications for society today.