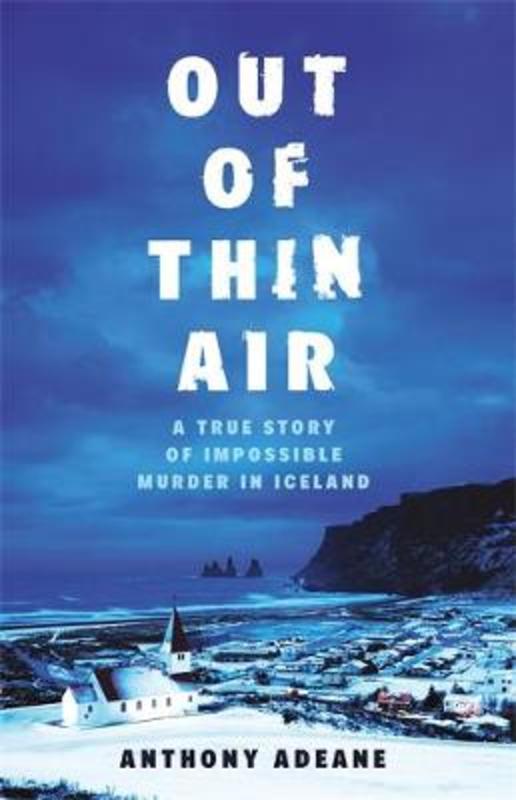 Out of Thin Air

A True Story Of Impossible Murder In Iceland

AS SEEN ON BBC STORYVILLE, AND COMING TO NETFLIX IN SEPTEMBER 2018.

Every Icelander knows about the Gudmundur and Geirfinnur disappearances.

1974. In two separate incidents, two men vanished into thin air. Then, out of it, came six murder confessions and six convictions. Yet, in the decades that followed, these too evaporated.

Anthony Adeane explores the stranger-than-fiction story that has unravelled in Iceland across forty-five years. He provides the first full account of the case, paints a fascinating picture of the country, and places each development in the contexts that shaped them: from the Cod Wars to the Cold War, the 2008 economic crash and beyond.

Using unprecedented access, and exploring his own personal obsession with the case, he exposes the mistakes that were made, the lives that were ruined, the questions that remain unanswered, and the headlines that continue to be printed.

Out Of Thin Air is at once a brilliant portrait of a society, a story of a shocking miscarriage of justice and a compelling true crime narrative.