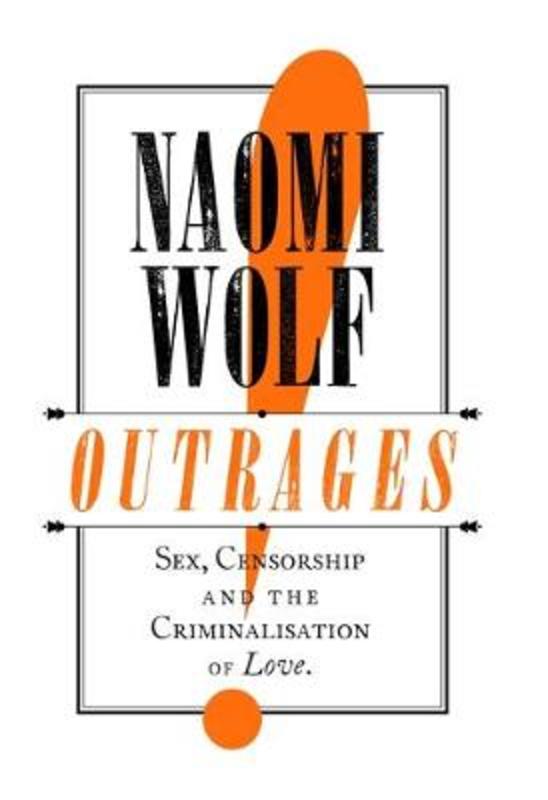 Sex, Censorship and the Criminalisation of Love

The bestselling author of VAGINA illuminates a dramatic history - how a single English law in 1857 led to a maelstrom, with reverberations lasting down to our day.

That law was the Obscene Publications Act and it was a crucial turning point. Why? Because dissent and morality; 'deviancy' and 'normalcy'; unprintable and printable were suddenly lawful concepts in the modern sense. This new law effectively invented modern obscenity. Before 1857 it wasn't 'homosexuality' - a term that didn't yet exist - that was a crime, but simply the act of sodomy. But in a single stroke, not only was love between men illegal, but anything referring to this love also became obscene, unprintable, unspeakable. And writers, editors and printers became the gatekeepers with a responsibility to uphold the morals of the society - followed by serious criminal penalties if they didn't. And as the act evolved, joined by other laws against sexual representation and speech, making their way to courts, the authors' or artists' intentions were deemed immaterial. What mattered was if the work in question had a 'tendency . . . to deprave and corrupt those whose minds are open to such immoral influences, and into whose hands a publication of this sort may fall'. Wolf paints the dramatic ways this set of laws and consolidation of what we would call homophobia and censorship, played out among a bohemian group of sexual dissidents, including Walt Whitman in America and the homosexual English critic John Addington Symonds - in love with Whitman's homoerotic voice in Leaves of Grass - decades before the infamous 1895 trial of Oscar Wilde. She retrieves forgotten history of men and even young teenage boys, executed at the Old Bailey for 'sodomy' or even 'the attempt'.

Algernon Charles Swinburne, Dante and Christina Rossetti, Walter Pater and painter Simeon Solomon, were among the writers and artists, and countless booksellers and printers, whose lives were shadowed with jeopardy from this emerging network of laws against speech and love.

She depicts both a fascinating story and, crucially, an important way of understanding how we arrived at our ideas of 'normalcy' and 'deviancy' - and the idea of the state's purported need and right to police speech - ideas which are with us to this day.

Most powerfully, Wolf recounts how a dying Symonds helped write the book on 'sexual inversion' that created our modern understanding of homosexuality. She argues that his secret memoir, mined and explained here fully for the first time, together with a secretly published essay, evolved into what would become the first mainstream gay rights manifesto in the west - proving that the literature of love will ultimately triumph over censorship.