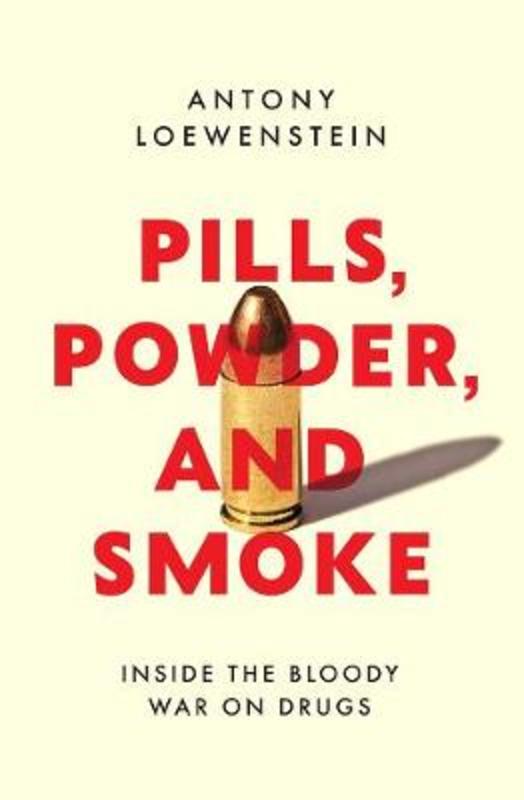 Inside the bloody war on drugs

Like the never-ending war on terror, the drugs war is a multi-billion-dollar industry that won't go down without a fight. Pills, Powder, and Smoke explains why.

The war on drugs has been official American policy since the 1970s, with the UK, Europe, and much of the world following suit. It is at best a failed policy, according to bestselling author Antony Loewenstein. Its direct results have included mass incarceration in the US, extreme violence in different parts of the world, the backing of dictatorships, and surging drug addiction globally. And now the Trump administration is unleashing diplomatic and military forces against any softening of the conflict.

Pills, Powder, and Smoke investigates the individuals, officials, activists, and traffickers caught up in this deadly war. Travelling through the UK, the US, Australia, Honduras, the Philippines, and Guinea-Bissau, Loewenstein uncovers the secrets of the drug war, why it's so hard to end, and who is really profiting from it.

In reporting on the frontlines across the globe - from the streets of London's King's Cross to the killing fields of Central America to major cocaine transit routes in West Africa - Loewenstein reveals how the war on drugs has become the most deadly war in modern times. Designed and inspired by Washington, its agenda has nothing to do with ending drug use or addiction, but is all about controlling markets, territories, and people. Instead, Loewenstein argues, the legalisation and regulation of all drugs would be a much more realistic and humane approach. The evidence presented in this book will persuade many readers that he's right.

'Loewenstein's book is meticulous and forensic, and also impassioned and urgent. What stands out is the clarity of his thinking and the rigour of his arguments. He has an historian's grasp of the big picture and a storyteller's skill for getting us to walk in the other's shoes. The vast scope of his thinking, travel and research is evident on every page, as is his clear-headed compassion. This book is vital and I couldn't put it down.'
-Christos Tsiolkas

'Many people assume that as the war on drugs has failed and because a few countries have liberated cannabis as a recreational drug as well as a medicine, the "drug problem" is solved. This new book powerfully demolishes any such complacency that might have developed in the west. Drug wars represent a major, ongoing world-wide disaster. This book is a must-read for anyone pursuing a rational policy debate about drugs.'
-Professor David Nutt, Imperial College, London

'Antony Loewenstein is an amazing journalist and this is an amazing book. Anyone who cares about the war on drugs - one of the biggest catastrophes in the world - should read this superb book right away.'
-Johann Hari, author of Lost Connections and Chasing the Scream