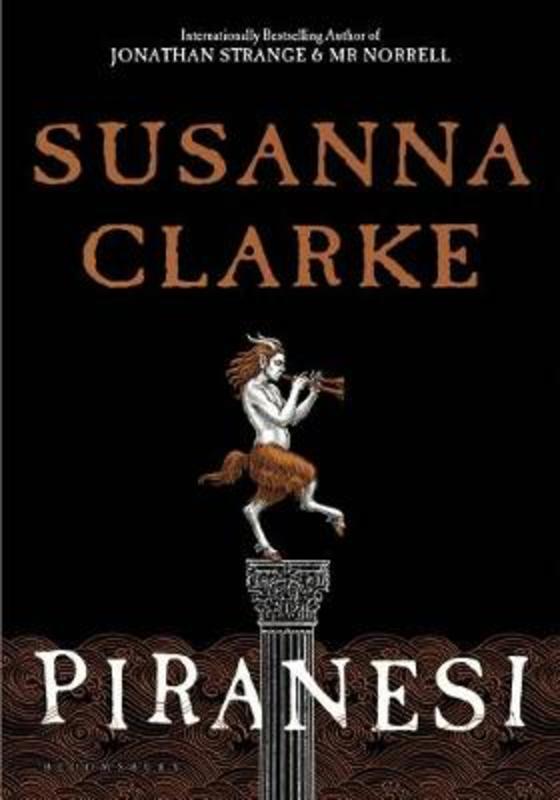 'One of our greatest living authors' New York Times

'Spectacular; an irresistibly unspooling mystery set in a world of original strangeness' The Times

Piranesi lives in the House.
Perhaps he always has.

In his notebooks, day after day, he makes a clear and careful record of its wonders: the labyrinth of halls, the thousands upon thousands of statues, the tides that thunder up staircases, the clouds that move in slow procession through the upper halls.

On Tuesdays and Fridays Piranesi sees his friend, the Other. At other times he brings tributes of food and waterlilies to the Dead. But mostly, he is alone.

Messages begin to appear, scratched out in chalk on the pavements. There is someone new in the House. But who are they and
what do they want? Are they a friend or do they bring destruction and madness as the Other claims?

Lost texts must be found; secrets must be uncovered. The world that Piranesi thought he knew is becoming strange and dangerous.

The Beauty of the House is immeasurable; its Kindness infinite

'Piranesi astonished me. It is a miraculous and luminous feat of storytelling, at once a gripping mystery, an adventure through a brilliant new fantasy world, and a deep meditation on the human condition: feeling lost, and being found. I already want to be back in its haunting and beautiful halls!' MADELINE MILLER

'What a world Susanna Clarke conjures into being, what a tick-tock-tick-tock of reveals, what a pure protagonist, what a morally squalid supporting cast, what beauty, tension and restraint, and what a pitch-perfect ending. Piranesi is an exquisite puzzle-box far, far bigger on the inside than it is on the outside' DAVID MITCHELL

'Piranesi is a gorgeous, spellbinding mystery that gently unravels page by page. Precisely the sort of book that I love wordlessly handing to someone so they can have the pleasure of uncovering its secrets for themselves. This book is a treasure, washed up upon a forgotten shore, waiting to be discovered' ERIN MORGENSTERN