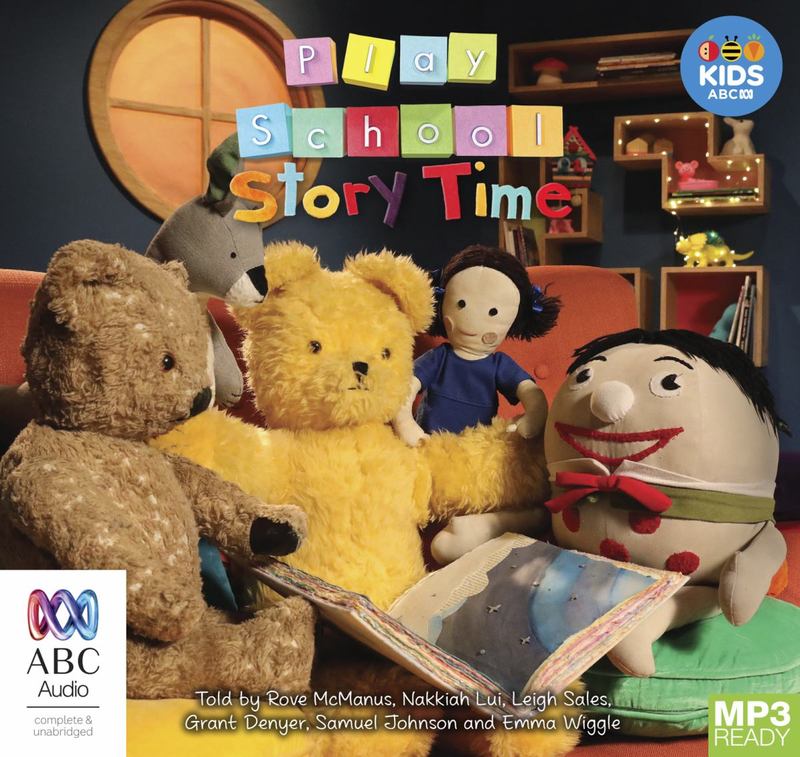 A delightful new Play School series released for the very first time as an ABC Audiobook and featuring some of Australia's much-loved celebrities as they snuggle up on the Story Time couch with the Play School toys and read a selection of beautiful books written by Australian authors.

The six books, selected from The Children's Book Council of Australia's Notable Book List include: