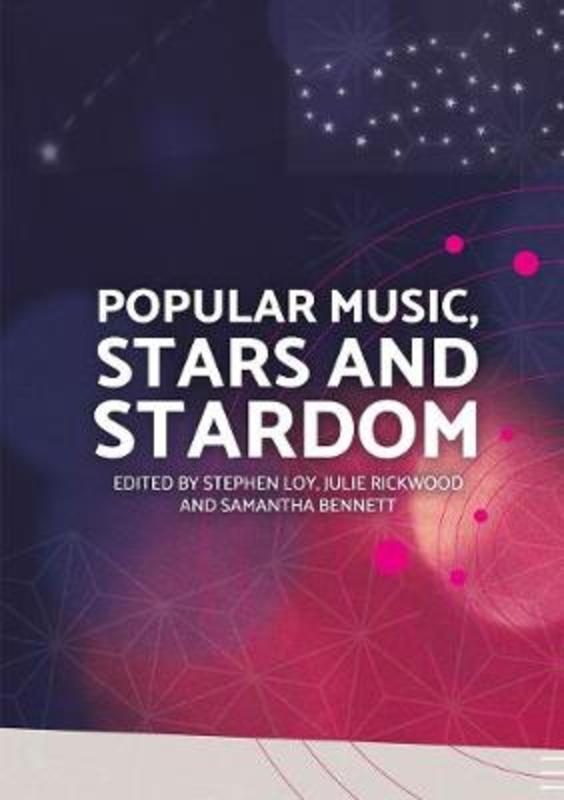 A
popular fascination with fame and stardom has existed in Western culture
since the late eighteenth century; a fascination that, in the twenty-first
century, reaches into almost every facet of public life. The pervasive
nature of stardom in modern society demands study from the perspectives of a
range of distinct but thematically connected disciplines. The exploration of
intersections between broader considerations of stardom and the discourses of
popular music studies is the genesis for this volume. The chapters
collected here demonstrate the variety of work currently being undertaken in
stardom studies by scholars in Australia. The contributions range from
biographical considerations of the stars of popular music, contributions to
critical discourses of stardom in the industry more broadly, and the various
ways in which the use of astronomical metaphors, in both cultural commentary
and academic discourse, demonstrate notions of stardom firmly embedded in
popular music thought. Not only do these chapters represent a range of
perspectives on popular music, stars and stardom, they provide eloquent and
innovative contributions to the developing discourse on stardom
in popular music.