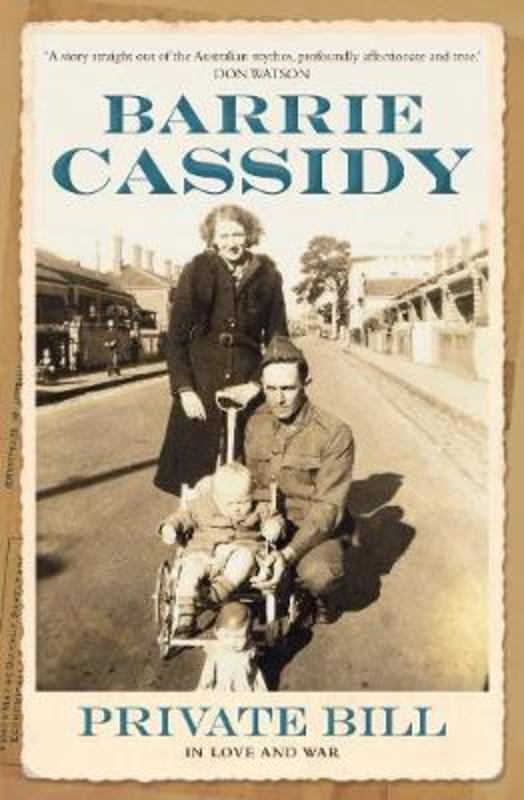 In Love and War

Barrie Cassidy's dad Bill survived more than four years as a prisoner of war in World War II. He first saw conflict on Crete in May 1941, during the only large-scale parachute invasion in wartime history. Just four days later, Bill was wounded and eventually captured. Twice he tried to escape his internment with horrific consequences. He suffered greatly but found courageous support from his fellow prisoners. His new wife Myra and his large family thought he was dead until news of his capture finally reached them. Back home, Myra too was a prisoner of sorts, with her own secrets. Then, fifty years after the war, unhealed wounds unexpectedly opened for Bill and Myra, testing them once again. Private Bill is a classic heart-warming story- as told by their son- of how a loving couple prevailed over the adversities of war to live an extraordinarily ordinary, happy life.