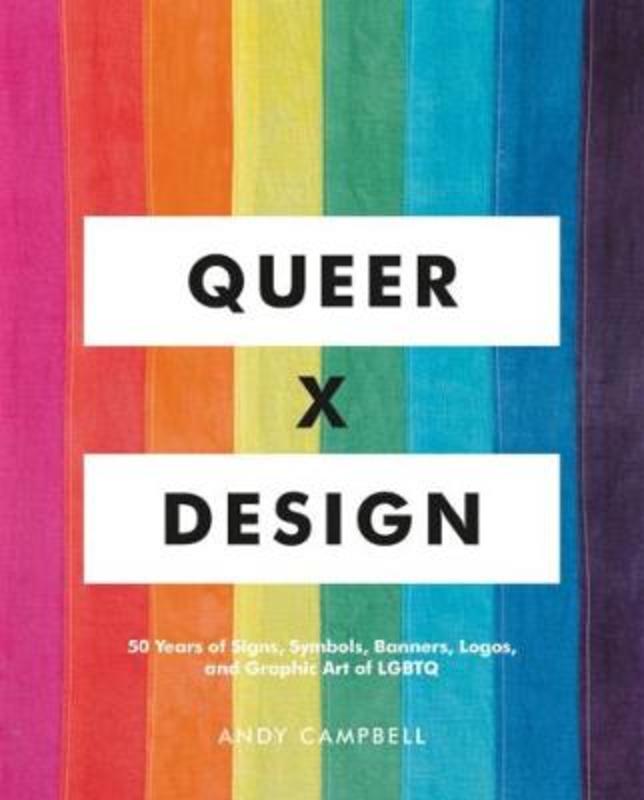 The first-ever illustrated history of the iconic designs, symbols, and graphic art representing more than 5 decades of LGBTQ pride and activism--from the evolution of Gilbert Baker's rainbow flag to the NYC Pride typeface launched in 2017 and beyond.

Organized by decade beginning with Pre-Liberation and then spanning the 1970s through the millennium, QUEER X DESIGN will be an empowering, uplifting, and colorful celebration of the hundreds of graphics-from shapes and symbols to flags and iconic posters-that have stood for the powerful and ever-evolving LGBTQ movement over the last five-plus decades. Included in the collection will be everything from Gilbert Baker's original rainbow flag, ACT-UP's Silence = Death poster, the AIDS quilt, and Keith Haring's "Heritage of Pride" logo, as well as the original Lavender Menace t-shirt design, logos such as "The Pleasure Chest," protest buttons such as "Anita Bryant Sucks Oranges," and so much more. Sidebars throughout will cover important visual grouping such as a "Lexicon of Pride Flags," explaining the now more than a dozen flags that represent segments of the community and the evolution of the pink triangle.