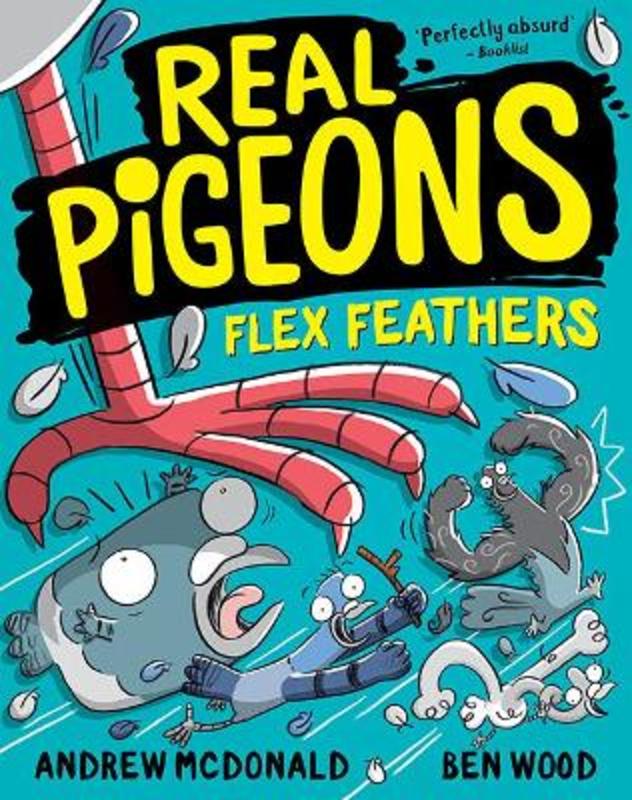 Ever wonder why pigeons always act so weird? It's because they're out there chasing the bad guys and saving your butts!

The REAL PIGEONS use PIGEON POWERS to fight crime, solve mysteries and help creatures in the city.

But when CONCRETE starts mysteriously MELTING in the city, a FEATHER-SNATCHER goes on a plucking-spree and an EVIL HAT has a plan to CLONE the Real Pigeons, our feathered heroes are going to need more than just PIGEON POWERS to save the day!

No-one can protect a city like Rock, Frillback, Tumbler, Homey and Grandpouter. Crime-fighting has never been so COO!

Nickelodeon is developing an animated movie and TV series based on REAL PIGEONS FIGHT CRIME, to be produced by James Corden and Ben Winston!
With over 200,000 books in print and legions of fans worldwide, the REAL PIGEONS series is perfect for fans of Bad Guys and Dog Man.
Every book contains THREE hilarious, silly and engrossing mysteries!
Shortlisted for the 2019 Readings Children's Book Prize and the 2019 & 2020 ABIA Book of the Year for Younger Children.