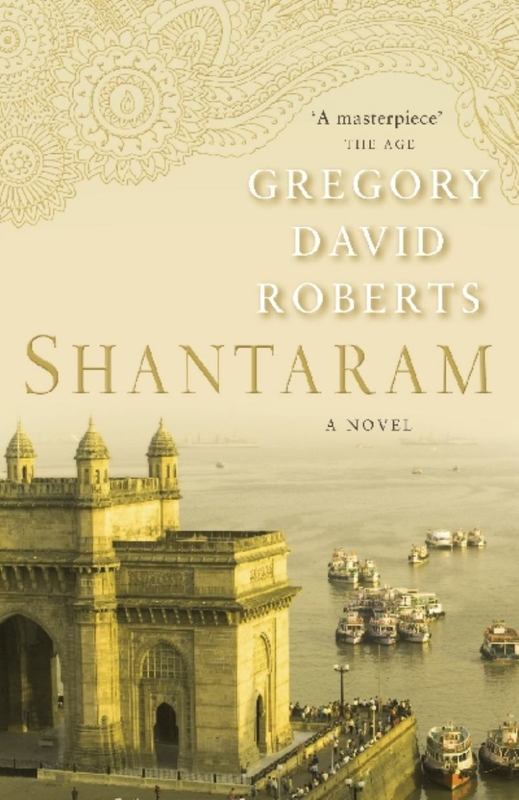 It took me a long time and most of the world to learn what I know about love and fate and the choices we make, but the heart of it came to me in an instant, while I was chained to a wall and being tortured.

Shantaram is a novel based on the life of the author, Gregory David Roberts. In 1978 Roberts was sentenced to nineteen years imprisonment as punishment for a series of robberies of building-society branches, credit unions, and shops he had committed while addicted to heroin. In July 1980 he escaped from Victoria's maximum-security prison in broad daylight, thereby becoming one of Australia's most wanted men for what turned out to be the next ten years. For most of this period he lived in Bombay. He set up a free health clinic in the slums, acted in Bollywood movies, worked for the Bombay mafia as a forger, counterfeiter, and smuggler and, as a gun-runner, resupplied a unit of mujaheddin guerrilla fighters in Afghanistan. This is the setting of Shantaram.

Apart from having this highly unusual personal background, Greg Roberts is a very gifted writer. His book is a blend of vivid dialogue, unforgettable characters, amazing adventures, and superb evocations of Indian life. It can be read as a vast, extended thriller, as well as a superbly written meditation on the nature of good and evil. It is a compelling tale of a hunted man who had lost everything - his home, his family, and his soul - and came to find his humanity while living at the wildest edge of experience.

Gregory David Roberts retired from public life in 2014 to devote time to his family and new writing projects.

The Mountain Shadow, sequel to Shantaram, is available now.

"A literary masterpiece ... at once erudite and intimate, reflective and funny ... it has the grit and pace of a thriller" Daily Telegraph

"At once a high-kicking, eye-gouging adventure, a love saga and a savage yet tenderly lyrical fugitive vision." Time Out