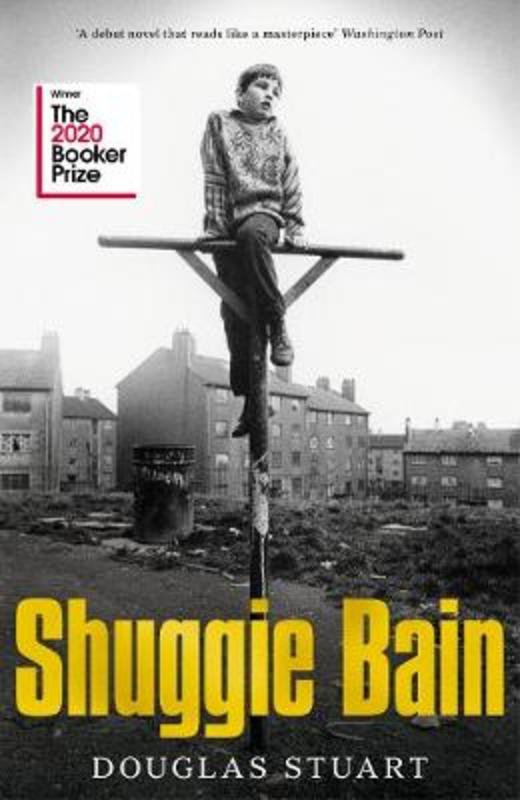 It is 1981. Glasgow is dying and good families must grift to survive. Agnes Bain has always expected more from life. She dreams of greater things: a house with its own front door and a life bought and paid for outright (like her perfect, but false, teeth). But Agnes is abandoned by her philandering husband, and soon she and her three children find themselves trapped in a decimated mining town. As she descends deeper into drink, the children try their best to save her, yet one by one they must abandon her to save themselves. It is her son Shuggie who holds out hope the longest.

Shuggie is different. Fastidious and fussy, he shares his mother's sense of snobbish propriety. The miners' children pick on him and adults condemn him as no' right. But Shuggie believes that if he tries his hardest, he can be normal like the other boys and help his mother escape this hopeless place.

Douglas Stuart's Shuggie Bain lays bare the ruthlessness of poverty, the limits of love, and the hollowness of pride. A counterpart to the privileged Thatcher-era London of Alan Hollinghurst's The Line of Beauty, it also recalls the work of Edouard Louis, Frank McCourt, and Hanya Yanagihara, it is a blistering debut by a brilliant novelist with a powerful and important story to tell.

'A debut novel that reads like a masterpiece, Shuggie Bain gives voice to the kind of helpless, hopeless love that children can feel toward broken parents.' Washington Post

'The way Irvine Welsh's Trainspotting carved a permanent place in our heads and hearts for the junkies of late-1980s Edinburgh, the language, imagery, and story of fashion designer Stuart's debut novel apotheosizes the life of the Bain family of Glasgow . . . The emotional truth embodied here will crack you open. You will never forget Shuggie Bain. Scene by scene, this book is a masterpiece.' Kirkus Review (starred review)

'It's a formidable story, lyrically told, about intimacy, family, and love.' Elle

'Magnificent . . . Its richly rendered events will give you a lot to talk about.' O, the Oprah Magazine

'A boy's heartbreaking love for his mother . . . as intense and excruciating to read as any novel I have ever held in my hand . . . The book's evocative power arises out of the author's talent for conjuring a place, a time, and the texture of emotion . . . brilliantly written.' Newsday

'Beautiful and bleak but with enough warmth and optimism to carry the reader through.' Graham Norton (via Twitter)

'Not only does [Stuart] clearly know his characters, he clearly loves them . . . Stuart describes their life with compassion and a keen ear for language . . . Such is Stuart's talent that this painful, sometimes excruciating story is often quite beautiful.' San Francisco Chronicle

'Every now and then a novel comes along that feels necessary and inevitable. I'll never forget Shuggie and Agnes or the incredibly detailed Glasgow they inhabit. This is the rare contemporary novel that reads like an instant classic. I'll be thinking and talking about Shuggie Bain-and teaching it-for quite some time.' Garrard Conley, author of Boy Erased