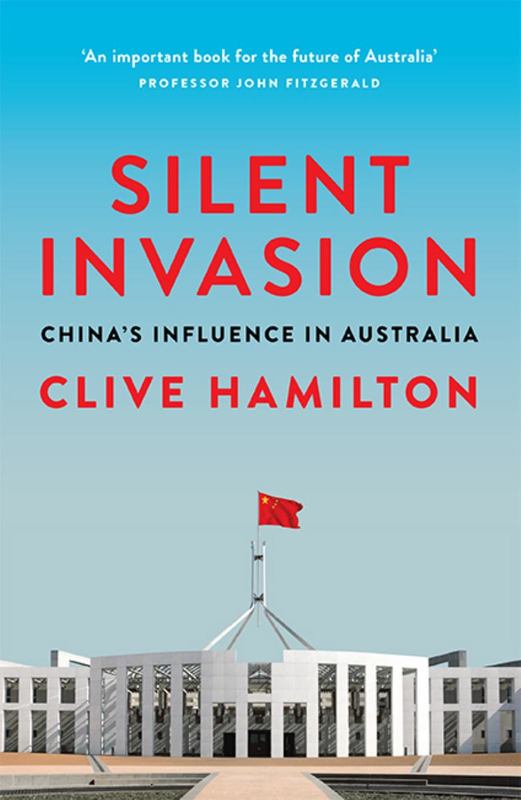 In 2008 Clive Hamilton was at Parliament House in Canberra when the Beijing Olympic torch relay passed through. He watched in bewilderment as a small pro-Tibet protest was overrun by thousands of angry Chinese students. Where did they come from? Why were they so aggressive? And what gave them the right to shut down others exercising their democratic right to protest? The authorities did nothing about it, and what he saw stayed with him.

In 2016 it was revealed that wealthy Chinese businessmen linked to the Chinese Communist Party had become the largest donors to both major political parties. Hamilton realised something big was happening, and decided to investigate the Chinese government's influence in Australia. What he found shocked him.

From politics to culture, real estate to agriculture, universities to unions, and even in our primary schools, he uncovered compelling evidence of the Chinese Communist Party's infiltration of Australia. Sophisticated influence operations target Australia's elites, and parts of the large Chinese-Australian diaspora have been mobilised to buy access to politicians, limit academic freedom, intimidate critics, collect information for Chinese intelligence agencies, and protest in the streets against Australian government policy. It's no exaggeration to say the Chinese Communist Party and Australian democracy are on a collision course. The CCP is determined to win, while Australia looks the other way.

Thoroughly researched and powerfully argued, Silent Invasionis a sobering examination of the mounting threats to democratic freedoms Australians have for too long taken for granted. Yes, China is important to our economic prosperity; but, Hamilton asks, how much is our sovereignty as a nation worth?

`Anyone keen to understand how China draws other countries into its sphere of influence should start with Silent Invasion. This is an important book for the future of Australia. But tug on the threads of China's influence networks in Australia and its global network of influence operations starts to unravel.' -Professor John Fitzgerald, author of Big White Lie: Chinese Australians in White Australia