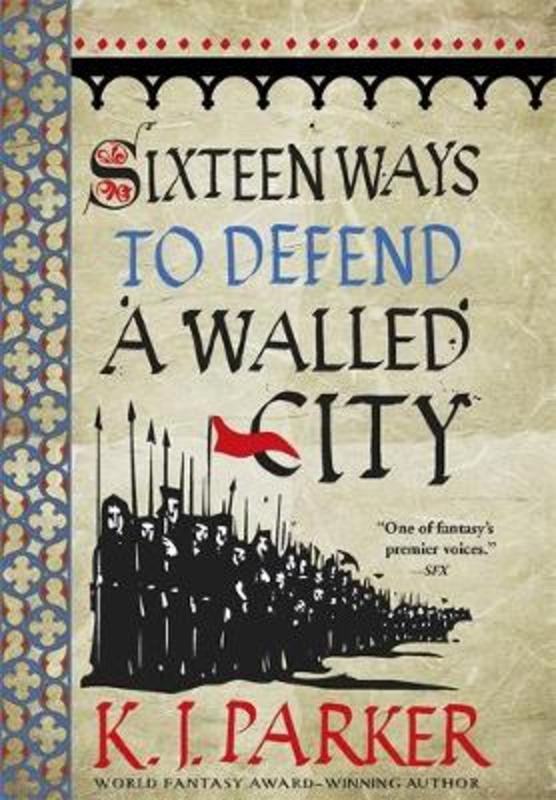 'One of fantasy's premier voices' SFX

K. J. Parker's new novel is the remarkable tale of the siege of a walled city, and the even more remarkable man who had to defend it.

A siege is approaching, and the city has little time to prepare. The people have no food and no weapons, and the enemy has sworn to slaughter them all.

To save the city will take a miracle, but what it has is Orhan. A colonel of engineers, Orhan has far more experience with bridge-building than battles, is a cheat and a liar, and has a serious problem with authority. He is, in other words, perfect for the job.

Sixteen Ways To Defend a Walled City is the story of Orhan, son of Siyyah Doctus Felix Praeclarissimus, and his history of the Great Siege, written down so that the deeds and sufferings of great men may never be forgotten.