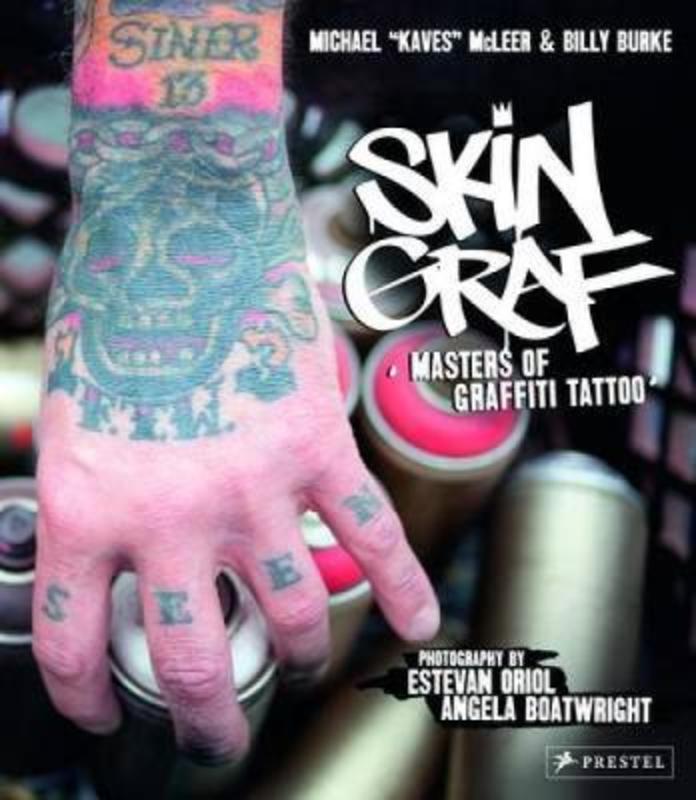 This groundbreaking book gets up close and personal to show how two urban styles have melded together. Graffiti and tattoos are now firmly entrenched as mainstream art forms. Over the past few decades, these raw products of street culture have converged in a unique visual aesthetic definitively documented for the first time in this compelling and inspirational book. Famed graffiti tattoo artist Kaves and tattoo documentarian Billy Burke introduce, one by one, the masters of graffiti tattoo art, their personal stories, and their diverse handiwork. Each chapter contains an in-depth profile, a personal statement, and fascinating photos of studios and clients. Readers will learn about the "skin graffiti" process, view brilliant "flash" drawings (design sketches for patrons to choose from), and come away with a new understanding of and appreciation for an art form that transforms the human body into the ultimate canvas for self-expression. AUTHOR: Michael "Kaves" McLeer is a world-renowned graffiti artist and musician turned tattooist. Having left his mark, literally, on the New York City transit system from the age of ten, Kaves eventually turned his attention to legal art in the form of tattooing and fine art as well as acting. He has created original pieces for companies such as Nike, Adidas, and Jaguar and for the Beastie Boys and Metallica, not to mention the 2011 Beaujolais Nouveau wine lable for Georges duboeuf. He owns and operates Brooklyn Made Tattoo in his hometown of Bay Ridge, Brooklyn, from which he exports all of his unique work. Billy Burke is a producer/director whose six-episode series "Marked" (a collaboration with the tattooist Mario Barth) premiered on the History Channel in 2009. Barth and Burke's 2008 film "Under the Skin" won numerous awards, including Best Documentary Director from the Los Angeles Film Festival and Best Documentary from the New York Independent Film Festival. 450 colour