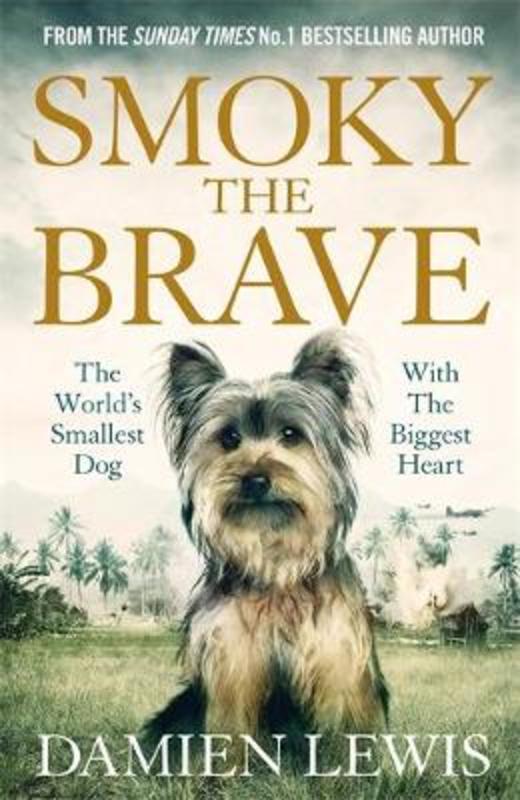 The World's Smallest Dog with the World's Biggest Heart

SMOKY THE BRAVE is the extraordinary, touching and true story of a heroic dog and her adoptive masters in the jungles of the Pacific War. In February 1944, as Japanese military advances threatened to engulf Australasia, a tiny, four-pound Yorkshire terrier was discovered hiding in a Japanese shell scrape amidst the thick jungles of Papua New Guinea. The GIs who discovered her presumed she had been some kind of Japanese army mascot, but it soon turned out that she understood neither commands rendered in Japanese nor English. A mystery, she was adopted by Corporal William 'Bill' Wynne, an air-crewman with the US 5th Air Force's 26th Photo Reconnaissance Squadron.

Living in Bill Wynne's tent, sleeping on a piece of green felt salvaged from a card table,and sharing his rations, Smoky became the de facto mascot of the regiment. She went on to fly numerous photo-recce and air-sea rescue missions, cocooned in a soldier's pack hanging next to the machine-guns used to repel marauding Japanese fighters. She was awarded eight battle stars, surviving dozens of Japanese combat raids on Papua New Guinea, and braving a typhoon that ravaged Okinawa. After saving Wynne's life by warning of a falling shell, as their landing craft approached an enemy-held beach - a shell that killed the eight men that Wynne was standing beside - he nicknamed her the 'angel from a foxhole'. In one of her most famous exploits Smoky parachuted using a special rig designed to fit one of the world's smallest but toughest dogs.

In perhaps her most heroic exploit of all, Smoky ran a cable through a seventy-foot pipe no wider in places than four inches, to enable telephone lines to be run across the recently occupied airbase of Luzon. Her efforts saved hundreds of ground-crew from being exposed to enemy bombing, preventing injury and loss of life. Amongst her many other awards,she was given the PDSA's Certificate for Animal Bravery or Devotion in 2011, a relatively new class of PDSA award.