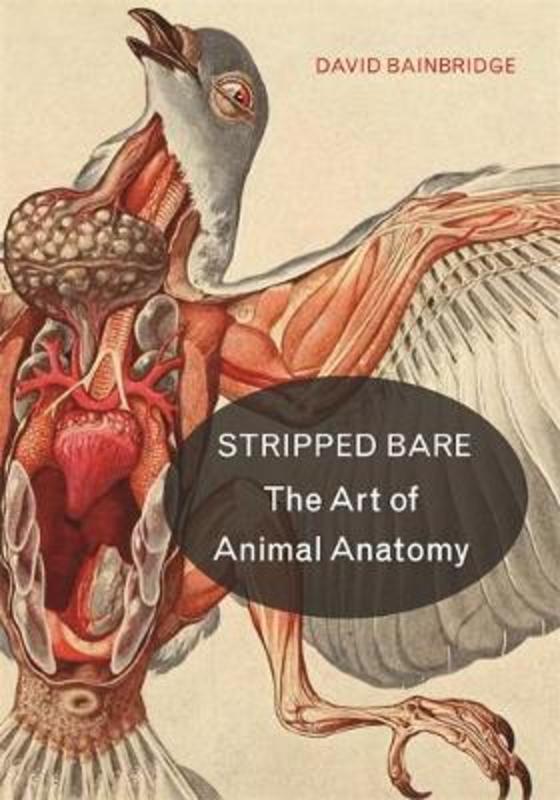 The Art of Animal Anatomy

For more than two thousand years, comparative anatomy--the study of anatomical variation among different animal species--has been used to make arguments in natural philosophy, reinforce religious dogma, and remind us of our own mortality. This stunningly illustrated compendium traces the intertwined intellectual and artistic histories of comparative anatomy from antiquity to today.

Stripped Bare brings together some of the most arresting images ever produced, from the earliest studies of animal form to the technicolor art of computer-generated anatomies. David Bainbridge draws on representative illustrations from different eras to discuss the philosophical, scientific, and artistic milieus from which they emerged. He vividly describes the unique aesthetics of each phase of anatomical endeavor, providing new insights into the exquisite anatomical drawings of Leonardo and Albrecht D rer in the era before printing, Jean H roard's cutting and cataloging of the horse during the age of Louis XIII, the exotic pictorial menageries of the Comte de Buffon in the eighteenth century, anatomical illustrations from Charles Darwin's voyages, the lavish symmetries of Ernst Haeckel's prints, and much, much more.

Featuring a wealth of breathtaking color illustrations throughout, Stripped Bare is a panoramic tour of the intricacies of vertebrate life as well as an expansive history of the peculiar and beautiful ways humans have attempted to study and understand the natural world.