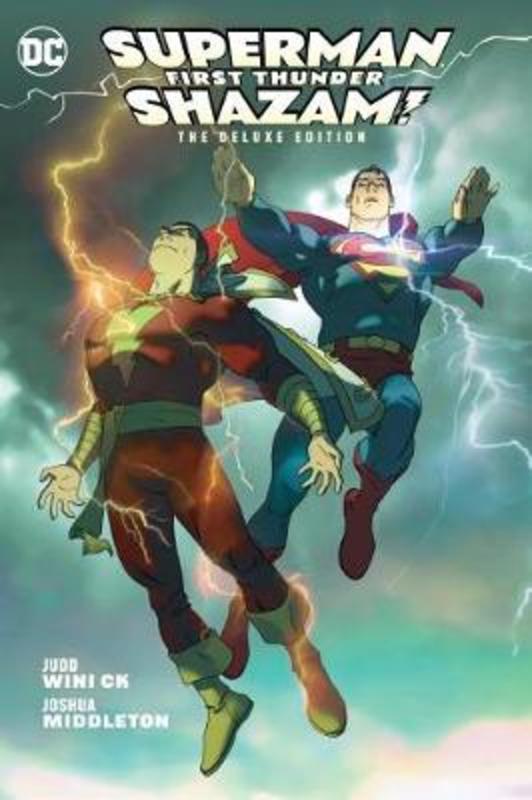 While Superman must stop members of a cult from stealing an ancient artifact from the Metropolis Natural History Museum, in Fawcett City, Shazam must defeat rampaging giant mechanical monsters. When the same cult attempts to pays a visit to the Fawcett City Museum, Superman drops by and teams up with Shazam against an all-new threat only the combined might of Superman and Shazam can stop!

In an oversize deluxe hardcover for the first time ever, Superman/Shazam!- First Thunder is a great jumping-on point for new readers and a fantastic introduction to the character who will star in Spring 2019's feature film Shazam from Warner Bros. Collects issues #1-4.