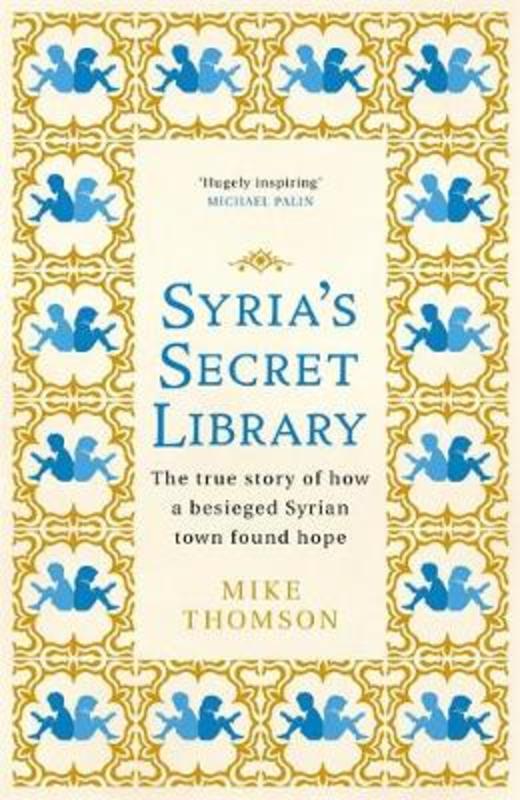 The true story of how a besieged Syrian town found hope

Daraya lies on the fringe of Damascus, just south west of the Syrian Capital. Yet it lives in another world. Besieged by Syrian government forces since 2011, its people were deprived of food, bombarded by bombs and missiles, and shot at by snipers. Its buildings lay in ruins; office buildings, shops and family homes shattered by the constant shelling from government forces. But deep beneath this scene of frightening devastation lay a secret library.

No signs marked its presence. While the streets above echoed with rifle fire and shelling, the secret world below was a haven of peace and tranquillity. Books, long rows of them, lined almost every wall. Bloated volumes with grand leather covers. Tattered old tomes with barely readable spines. Pocket sized guides to Syrian poetry. Religious works with gaudy gold-lettering and no-nonsense reference books, all arranged in well-ordered lines. But this precious horde of books was not bought from publishers, book warehouses, or loaned by other libraries. Many people had risked their lives to save books from the devastation of war. Because to them, the secret library was a symbol of hope - of their determination to lead a meaningful existence and to rebuild their fractured society.

This is the story of an extraordinary place and the people who made it happen. It is also a book about human resilience and values. And through it all is threaded the very wonderful, universal love for books and the hope they can bring.

"Just like the body needs food the soul needs books."