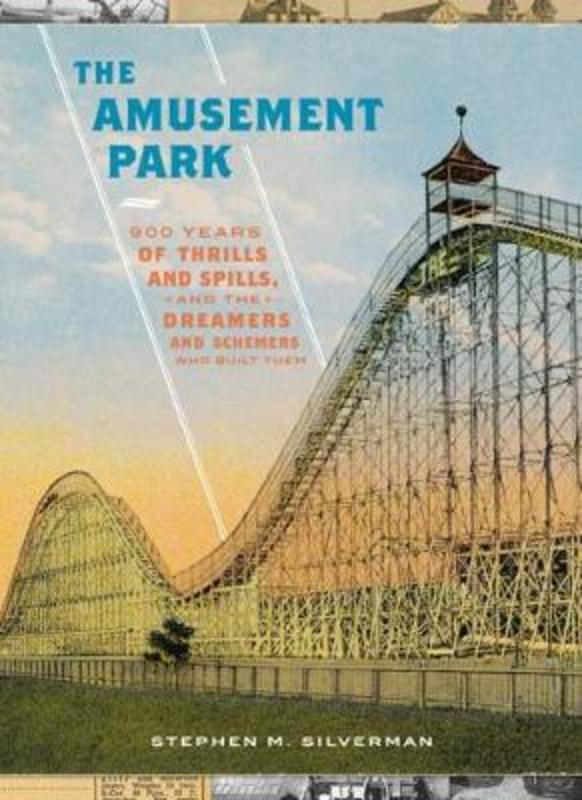 900 Years of Thrills and Spills, and the Dreamers and Schemers Who Built Them

Step right up! THE AMUSEMENT PARK is a rich, anecdotal history that begins nine centuries ago with the "pleasure gardens" of Europe and England and ends with the rise and fall and rise again of some of the most elaborate parks in the world. It's a history told largely through the stories of the colorful, sometimes hedonistic characters who built them and features, among many, showmen like Joseph and Nicholas Schenck and Marcus Loew, railroad barons such as Andrew Mellon and Henry E. Huntington, and the men who ultimately destroyed the parks including Robert Moses and Fred Trump. The many gifted artisans and craftspeople who brought these parks to life are also featured, along with an amazing cast of supporting players from Al Capone to Annie Oakley. And, of course, there are the rides, whose marvels of engineering and heart-stopping thrills are celebrated at full throttle. The parks and fairs featured include the 1893 Chicago World's Fair, Coney Island, Steeplechase Park, Dreamland, Euclid Beach Park, Cedar Point, Palisades Park, Ferrari World, Dollywood, Sea World, Six Flags Great Adventure, Universal Studios, Disney World and Disneyland, and many more.