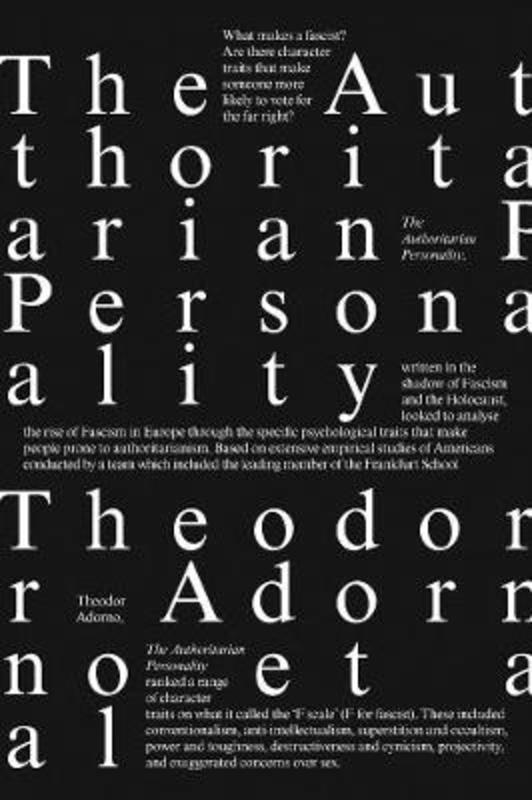 What makes a fascist? Are there character traits that make someone more likely to vote for the far right? The Authoritarian Personality, written in the shadow of Fascism and the Holocaust, looked to analyse the rise of Fascism in Europe through the specific psychological traits that make people prone to authoritarianism. Based on extensive empirical studies of Americans conducted by a team which included the leading member of the Frankfurt School Theodor Adorno, The Authoritarian Personality ranked a range of character traits on what it called the 'F scale' (F for fascist). These included conventionalism, anti-intellectualism, superstition and occultism, power and toughness, destructiveness and cynicism, projectivity, and exaggerated concerns over sex.

The Authoritarian Personality is not only one of the most influential works of social psychology ever written, it also marks a milestone in the development of Adorno's thought, showing him grabbling with the problem of fascism and the reasons for Europe's turn to reaction. Over half a century later and with the rise of right-wing populism and the reemergence of the far-right in recent years, this hugely influential study remains as insightful and relevant as ever.