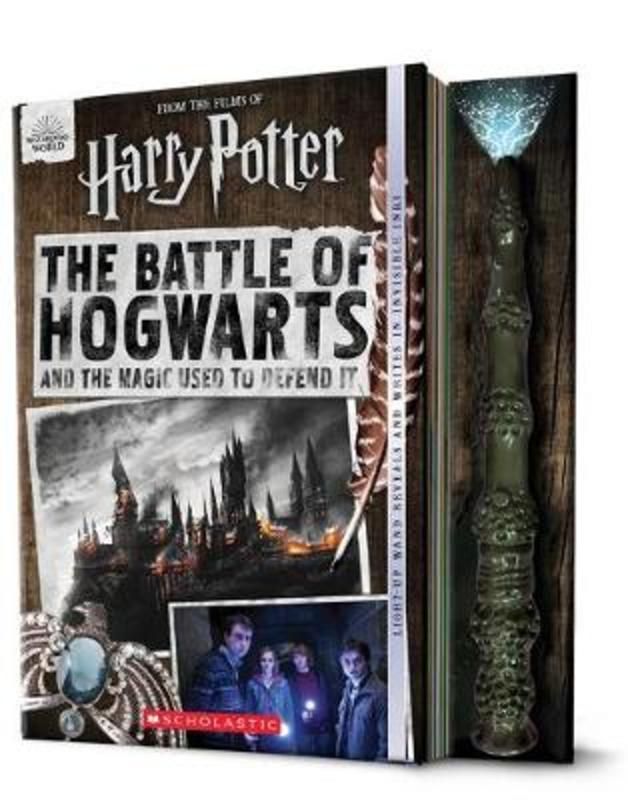 Rediscover the Battle of Hogwarts as seen in the Harry Potter films in this beautiful book, complete with an invisible ink pen with UV light (shaped like the Elder Wand), fold out pages, and fun movie trivia. The Battle of Hogwarts has long been revered as one of the most iconic events in the cinematic history of the Wizarding World. Now fans can rediscover the magic of the Harry Potter films and the wondrous, epic battle that ended the Second Wizarding War-and Voldemort-for good. Discover more about the spells, enchantments, skirmishes, and duels that led up to the Battle of Hogwarts. Which spells were used in the Battle of the Department of Mysteries? What enchantments did the Death Eaters employ during the Skirmish at Malfoy Manor? Whose change of heart-the most powerful magic of all-helped turn the tides? In this book, you'll also learn amazing behind-the-scenes facts about the making of the Harry Potter films. It all comes with a replica of the Elder Wand. Learn how to defend yourself against dark spells, and practise with your wand.