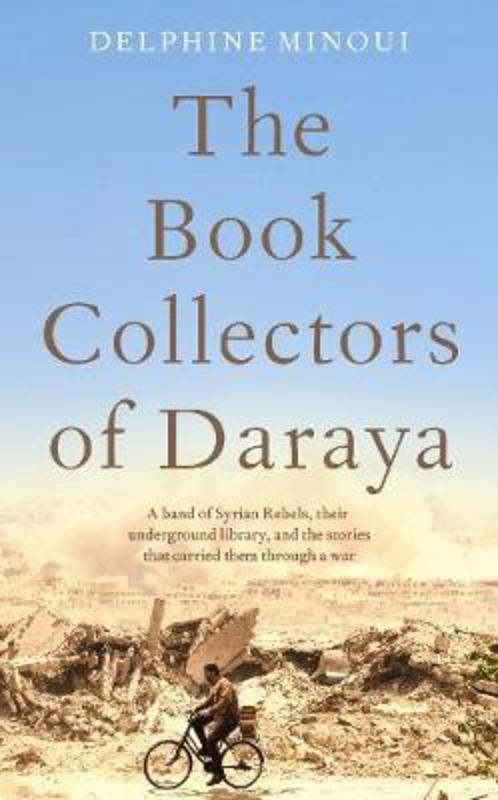 The Book Collectors of Daraya

A Band of Syrian Rebels, Their Underground Library, and the Stories that Carried Them Through a War

'There is no jail that can imprison the free word, nor is there a siege tight enough that can prevent the spread of information.' MAZEN DARWISH, Syrian human rights activist, in a speech given on April 23, 2016, following his release from jail in 2015.

In 2012 the rebel suburb of Daraya in Damascus was brutally besieged by Syrian government forces. Four years of suffering ensued, punctuated by shelling, barrel bombs and chemical gas attacks. People's homes were destroyed and their food supplies cut off; disease was rife.

Yet in this man-made hell, forty young Syrian revolutionaries embarked on an extraordinary project, rescuing all the books they could find in the bombed-out ruins of their home town. They used them to create a secret library, in a safe place, deep underground. It became their school, their university, their refuge. It was a place to learn, to exchange ideas, to dream and to hope.

Based on lengthy interviews with these young men, conducted over Skype by the award-winning French journalist, Delphine Minoui, The Book Collectors is a powerful testament to freedom, tolerance and the power of literature.

'This is an urgent and compelling account of great bravery and passion. Delphine Minoui has crafted a book that champions books and the individuals who risk everything to preserve them.' Susan Orlean, author of The Library Book