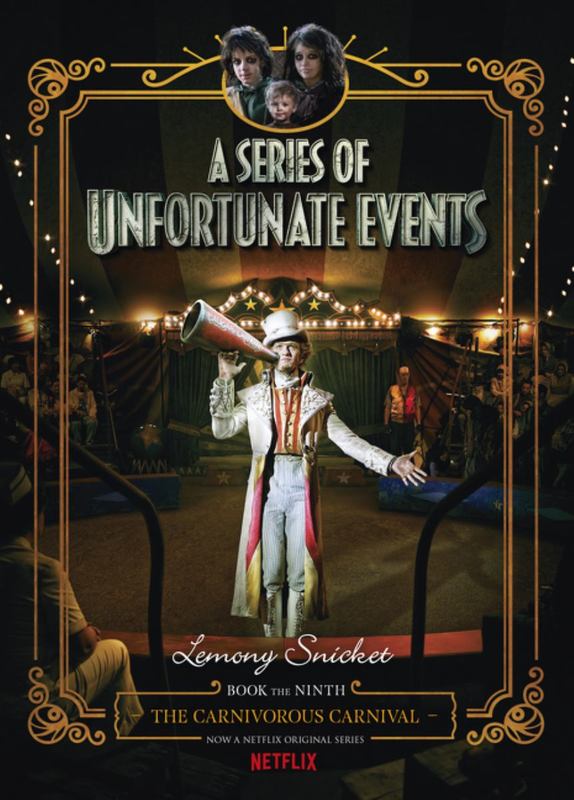 The Carnivorous Carnival (A Series of Unfortunate Events, Book 9)

NOW A NETFLIX ORIGINAL SERIES Everybody loves a carnival! Who can fail to delight in the colourful people, the unworldly spectacle, the fabulous freaks?A carnival is a place for good family fun-as long as one has a family, that is. For the Baudelaire orphans, their time at the carnival turns out to be yet another episode in a now unbearable series of unfortunate events. In fact, in this appalling ninth installment in Lemony Snicket's serial, the siblings must confront a terrible lie, a caravan, and Chabo the wolf baby. With millions of readers worldwide, and the Baudelaire's fate turning from unpleasant to unseemly, it is clear that Lemony Snicket has taken nearly all the fun out of children's books. Both literary and irreverent, hilarious and deftly crafted, A Series of Unfortunate Events offers an exquisitely dark comedy in the tradition of Edward Gorey and Roald Dahl. Lemony Snicket's uproariously unhappy books continue to win readers, despite all his warnings.