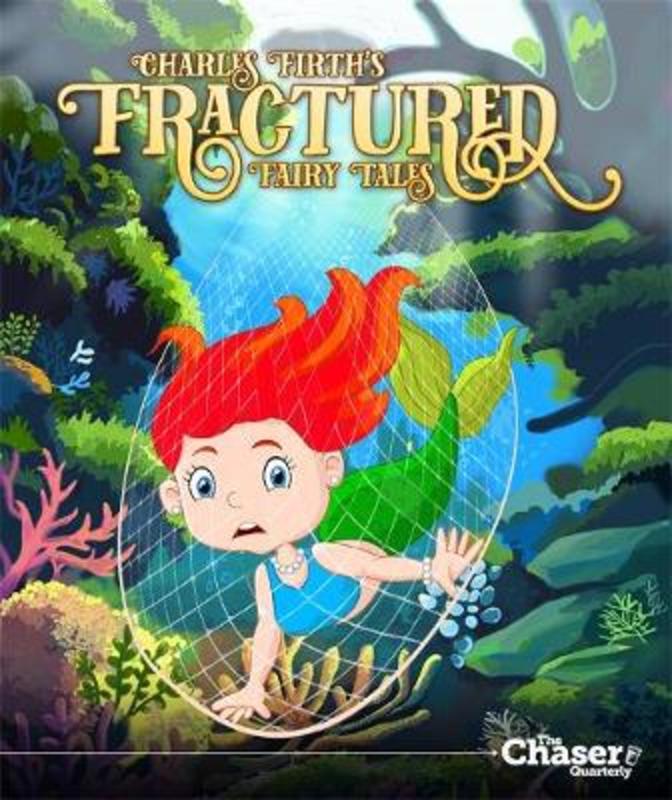 Written by one of Australia's leading satirists, Charles Firth ("The Chaser"), each tale investigates a current topic that you can read to your kids to teach them about how morality actually works nowadays.

THE TALES
The One Bad Prince
A woman travels from a distant land to visit the King to tell him of a terrible tale about an evil
Prince. Many years before, she says, this prince was mean and horrible to her. He drank too
much, and played weird games the woman didn't like. He was not a good man, he was a
very, very bad man. But when the woman told the King this, he went to the courtier to get his
version of events. The courtier was not a charming man, he was not a smart man, but he
was very well connected, and he told the King another tale about why the King should just
ignore the woman. The King immediately banished the woman from the kingdom, and
everyone lived happily ever after (except the woman).

Archimedes And His Bath
Archimedes was getting into his bath one day when he realised that the water level was
rising higher and higher. Eventually he worked out what was happening - a large block of ice
was melting into the bath. All he had to do was move the ice away from the stove. But just as
he was about to do that, Archimedes was offered a gold coin from charming prince, and told
that as long as he did nothing about the melting ice, he would be rewarded with lots of
riches. Eventually Archimedes drowns, but he drowns and rich and happy man.

The Bear Family
The story of how a mummy bear who is a doctor earns less gold coins than the daddy, who
does exactly the same work. Then a prince breaks into the Bear Family's house, and steals
everything from him. When the prince is discovered, he is taken before the King for
punishment, who instead promoted him to become a CEO of a major bank.

The Boy Who Wanted A Friend
Tells the tale of a boy who wanted a friend, and programmed his computer to get friends. He
ends up being friends with the entire, but is still lonely. Until, one day, the King's advisor
comes and offers him gold coins to spill the beans on all his friends.