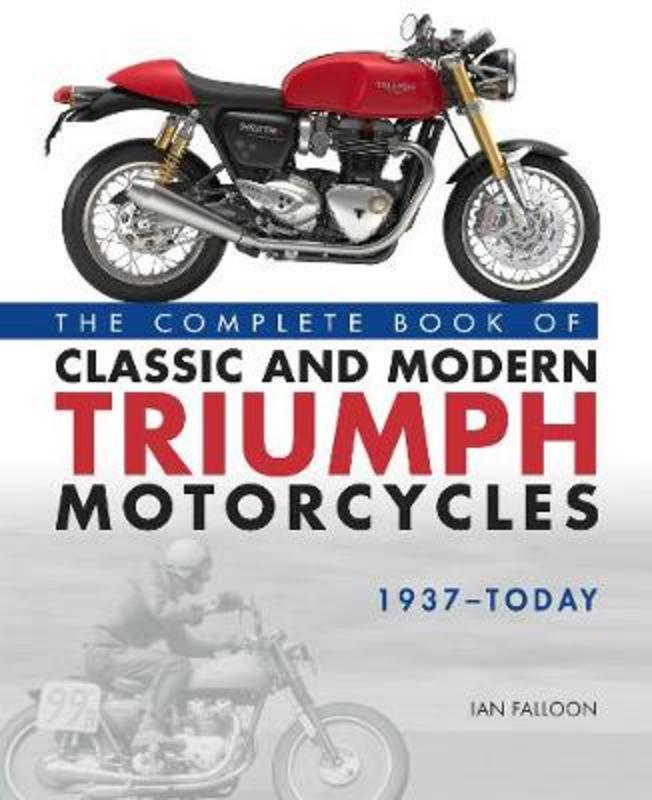 The Complete Book of Classic and Modern Triumph Motorcycles 1937-Today

The ultimate reference for Triumph lovers and fans of British motorcycles, The Complete Book of Classic and Modern Triumph Motorcycles 1937-Today collects all of the motorcycles from this iconic brand in a single illustrated volume. In this revised and updated edition, you'll find the all-new Bonneville lineup introduced for the 2016 model year as well as other Triumphs through 2019. Originally formed as a bicycle company in 1885, Triumph produced its first motorcycle in 1902, which was simply a bicycle fitted with a Belgian Minerva engine. From there, the company, in various iterations, went on to build some of the most iconic motorcycles of all time. Written by respected Triumph expert Ian Falloon, this luxurious reference covers all of the major and minor models, with an emphasis on the most exemplary, era-defining motorcycles such as the Thunderbird, Tiger, Trophy, Bonneville, and new machines such as the Speed Triple, Thruxton, and Daytona 675. Detailed technical specifications are offered alongside compelling photography, much of it sourced from Triumphs archives. The Complete Book of Classic and Modern Triumph Motorcycles 1937-Today also features important non-production models and factory racing and speed-record-setting motorcycles that have become integral parts of Triumphs stellar reputation. This is a book no Triumph fan should be without!