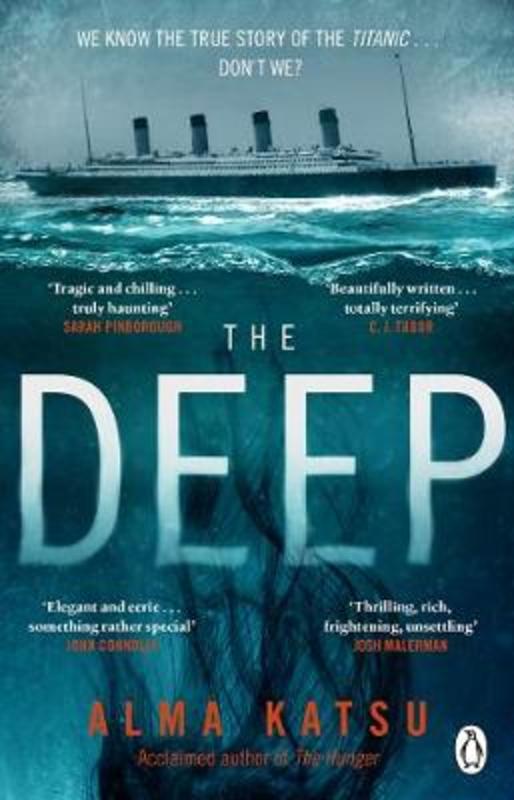 With its brilliantly evoked historical backdrop, including on board the Titanic, and a rich cast of characters, both real and imaginary, The Deep is the heart-stopping new supernatural chiller from the author of the acclaimed The Hunger.

Shortlisted for the Bram Stoker Award for the Best Novel of 2020.

Bringing together Faustian pacts, the occult, tales of sirens and selkies, guilt and revenge, desire and destiny, The Deep offers a thrilling, tantalizing twist on one of the world's most famous tragedies.

Someone - or something - is haunting the Titanic.

Deaths and disappearances have plagued the vast liner from the moment she began her maiden voyage on 10 April 1912. Four days later, caught in what feels like an eerie, unsettling twilight zone, some passengers - including millionaire Madeleine Astor and maid Annie Hebbley - are convinced that something sinister is afoot. And then disaster strikes.

Four years later and the world is at war. Having survived that fateful night, Annie is now a nurse on board the Titanic's sister ship, the Britannic, refitted as a hospital ship. And she is about to realise that those demons from her past and the terrors of that doomed voyage have not finished with her yet . . .