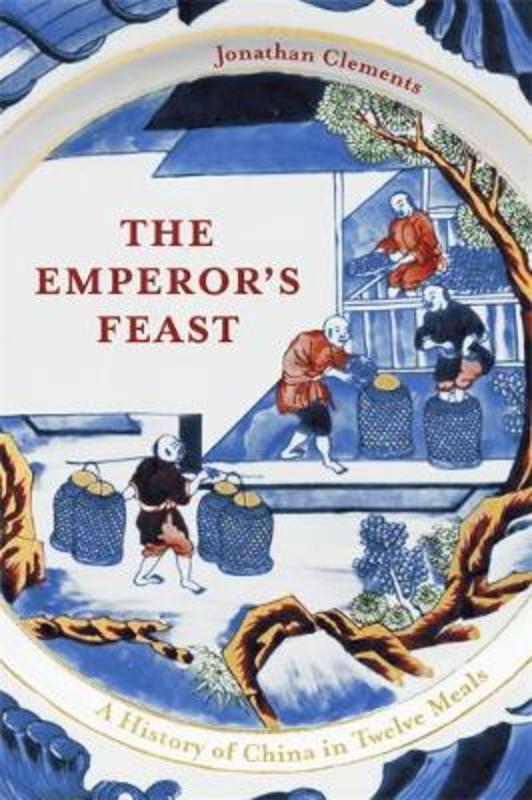 A History of China in Twelve Meals

'A splendid introduction to the cooking and history of China, filled with surprising details on the origins of many famous dishes'

'Witty and insightful . . . Inverts the old maxim by convincingly demonstrating that people aren't just what they eat, but how they eat'

'This book is itself a feast, each chapter a sumptuous course . . . Gives us a new lens through which we can also view the impossibly long, complex, and rich history of China itself'

Chinese food can be found everywhere in the world, but the meals on offer merely scratch the surface of a rich and diverse culinary tradition.

In The Emperor's Feast, author and presenter Jonathan Clements serves up the history of China - not according to emperors or battles, but according to its food and drink.

Stretching over 5,000 years and several continents, this book tracks different ingredients, dishes and eating habits across both time and geography, as they are shaped by China's own political, cultural and technological evolution and remarkable entrance onto the world stage.

We see the influence of invaders such as the Mongols and the Manchus, and discover how food - like the fiery cuisine of Sichuan or the hardy dishes of the north - often became a stand-in for regional and national identities.

We also follow Chinese flavours to the shores of Europe and America, where enterprising chefs and home cooks created new traditions and dishes unheard of in the homeland.

From dim sum to mooncakes to General Tso's chicken, The Emperor's Feast shows us that the story of Chinese food is ultimately the story of a nation: not just the one that history tells us, but also the one that China tells about itself.