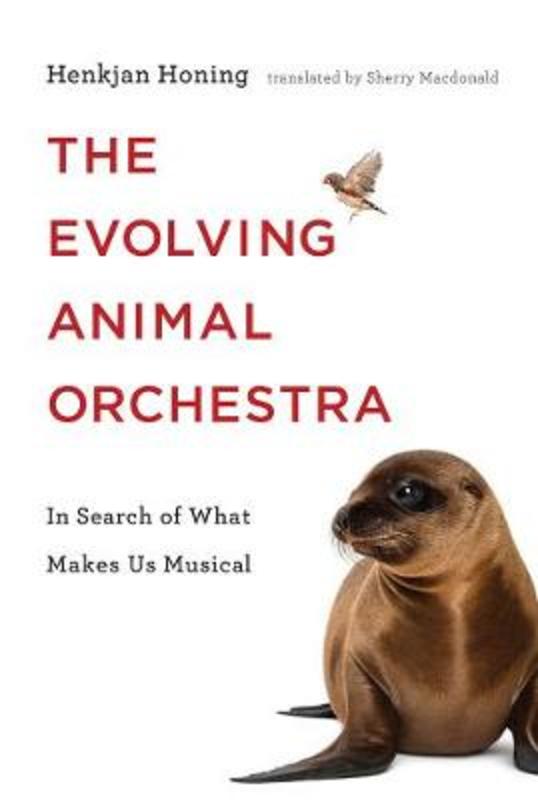 In Search of What Makes Us Musical

A music researcher's quest to discover other musical species.

Even those of us who can't play a musical instrument or lack a sense of rhythm can perceive and enjoy music. Research shows that all humans possess the trait of musicality. We are a musical species-but are we the only musical species? Is our musical predisposition unique, like our linguistic ability? In The Evolving Animal Orchestra, Henkjan Honing embarks upon a quest to discover if humans share the trait of musicality with other animals.

Charles Darwin believed that musicality was a capacity of all animals, human and nonhuman, with a clear biological basis. Taking this as his starting point, Honing-a music cognition researcher-visits a series of biological research centers to observe the ways that animals respond to music. He has studied scientists' accounts of Snowball, the cockatoo who could dance to a musical beat, and of Ronan, the sea lion, who was trained to move her head to a beat. Now Honing will be able to make his own observations.

Honing tests a rhesus monkey for beat perception via an EEG; performs a listening experiment with zebra finches; considers why birds sing, and if they intend their songs to be musical; explains why many animals have perfect pitch; and watches marine mammals respond to sounds. He reports on the unforeseen twists and turns, doubts, and oversights that are a part of any scientific research-and which point to as many questions as answers. But, as he shows us, science is closing in on the biological and evolutionary source of our musicality.