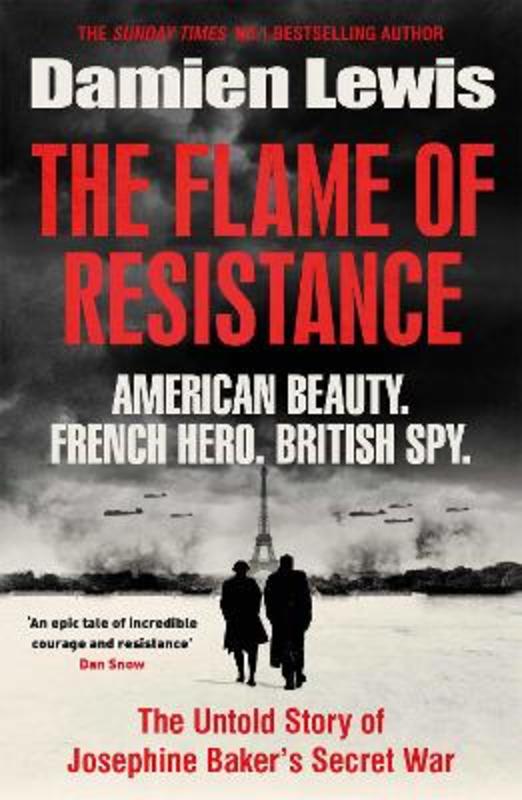 The Flame of Resistance

During WW2, Josephine Baker, the world's richest and most glamorous entertainer, was an Allied spy in Occupied France. This is the story of her heroic personal resistance to Nazi Germany.

Prior to World War II, Josephine Baker was a music hall diva renowned for her singing and exotic dancing, her beauty and sexuality; she was the most highly-paid female performer in Europe. When the Nazis seized her adopted city, Paris, she was banned from the stage, along with all 'negroes and Jews'. Yet, instead of returning to America, she vowed to stay and to fight the Nazi evil. Overnight she went from performer to Resistance spy.

In Agent Josephine best-selling author Damien Lewis uncovers this little known history of the famous singer's life. During the years of the war, as a member of the French Nurse paratroopers - a cover for her spying work-- she participated in numerous clandestine activities and emerged as formidable spy. In turn, she was a hero of the three countries in whose name she served: the US, the nation of her birth; France, the land that embraced her during her adult career; and Britain, the country from which she took her orders, as one of London's most closely-guarded special agents. Baker's secret war embodies a tale of unbounded courage, passion, devotion and sacrifice, and of deep and bitter tragedy, fueled by her own desire to combat the rise of Nazism, and to fight for all that is good and right in the world.

Drawing on a plethora of new historical material and rigorous research, including previously undisclosed letters and journals, Lewis upends the conventional story of Josephine Baker, revealing that her mark on history went far beyond the confines of the stage.