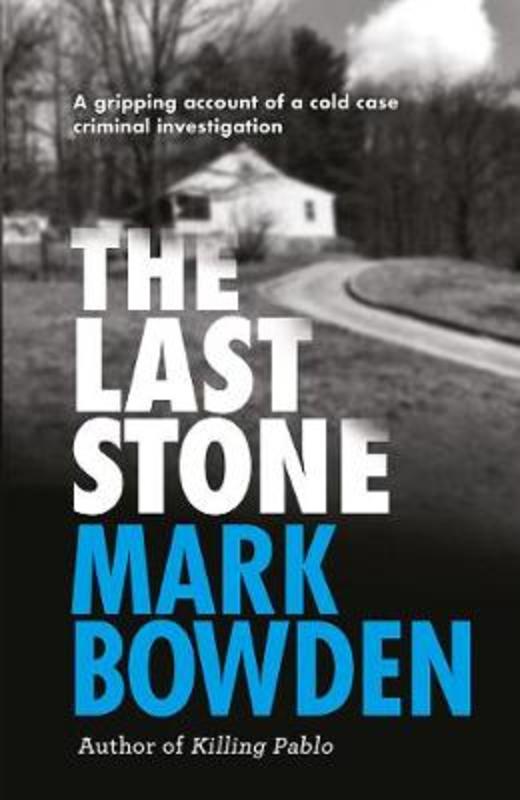 On March 29, 1975, sisters Katherine and Sheila Lyon, age 10 and 12, vanished from a shopping mall in suburban Washington, D.C. As shock spread, then grief, a massive police effort found nothing. The investigation was shelved, and mystery endured. Then, in 2013, a cold case squad detective found something he and a generation of detectives had missed. It pointed them toward a man named Lloyd Welch, then serving time for child molestation in Delaware.

As a cub reporter for a Baltimore newspaper, Mark Bowden covered the frantic first weeks of the story. In The Last Stone, he returns to write its ending. Over months of intense questioning and extensive investigation of Welch's sprawling, sinister Appalachian clan, five skilled detectives learned to sift truth from determined lies. How do you get a compulsive liar with every reason in the world to lie to tell the truth? The Last Stone recounts a masterpiece of criminal interrogation, and delivers a chilling and unprecedented look inside a disturbing criminal mind.

'A stirring, suspenseful, thoughtful story that, miraculously, neither oversimplifies the details nor gets lost in the thicket of a four-decade case file. This is a cat-and-mouse tale, told beautifully. But like all great true crime, The Last Stone finds its power not by leaning into cliche but by resisting it.' - New York Times